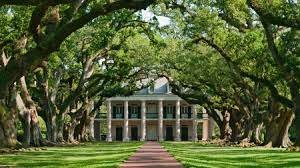 Superhighway to Serfdom: The US Tax Plantation by Bill Buppert

For those of you who don’t know Bill Buppert, he is a retired US Army officer living in the high desert of the American Southwest with his wife and home-schooled family. He has been a writer for a number of publications and is particularly interested in the issues of liberty, survival, shooting, and history.  He has made a number of appearances including debating Dr. Daniel Walker Howe at the July 2010 Freedom Fest in Las Vegas, NV on the superiority of the Articles of Confederation versus the Constitution.  He wishes to continue the abolitionist project of men like William Wilberforce and Lysander Spooner.  He is the founder and publisher of ZeroGov.com.

I am on Bill’s mailing list and I read his periodic forum posts that he sends out via e-mail.  I have not so blatantly forwarded someone else’s forum post on Highlander, but in celebration of the upcoming April Fools Day (April 15), I thought I’d give it a try.  This is just the first part of his forum post and you’ll have to go to his website to read the rest.  I hope you find the post interesting.

Superhighway to Serfdom: The US Tax Plantation by Bill Buppert, April 12, 2019

Publisher’s Note: Here we are in another deadline for paying the king and country their ”fair share” of honest wages and wealth earned and resources capitalized. Much like the burgeoning welfare state comprising one third of total government spending in 1900 on Union pensions from Lincoln’s bid to crush the entire nation under a Hamiltonian boot that foreshadowed the Bolshevik revolutions in the twentieth century.

Taxes advance barbarism and not civilization.

They promote the notion that death and taxes isn’t necessarily the right sequence if you stand up and refuse to be robbed. All government is based solely on hitting and stealing and rationalizing all forms of anti-social behavior and legalizing piracy and plunder and calling it an enterprise for your own good.

Governments are nothing more than sophisticated brigand bands with bad music, colored rags flapping in the breeze and large bands of armed thugs with a license to kill.

We all pay at the peril of our children and grandchildren as we feed the beast that makes life more and more centralized, regulated and less than optimal.

Just a note that I quote Reagan for one of his few sober thoughts on economics because while he talked a good game, he was no more fiscally conservative than any of the Offal Office vermin following Eisenhower and succeeding him in office in 1989. I will give Reagan his due for reducing income tax rates from a high of 70% to 28% but no closer to zero than my comfort zone for taxation. Eisenhower managed to reduce government spending per GDP by two percentage points, not Reagan who spent absurd amounts of other people’s money and popularized deficit spending for the voter mobs. I highly recommend The Great Deformation by former Reagan advisor David Stockman for a fairly thorough analysis of the fiat currency and bankster chaos that has consumed the American economy for the better part of a century. I don’t agree with all of Stockman’s conclusions and his continuing faith in the “right” statist regulatory regime is quaint but illusory in application.

In the end, the coming Endarkenment demands an enthusiastic embrace of toxic masculinity.

Get to the range.

The Mango Mussolini is just a flimsy and paper-thin holding action against the communist hordes.