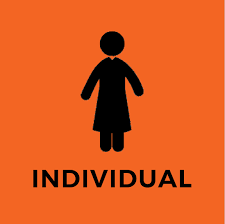 Freedom of the Individual to Live His Own Life in Peace

Freedom of the Individual to Live His Own Life in Peace

I’m going to do a bit of class separation here.  In life there appear to be two sets or classes of human lives.  One class, the individual humans, simply want to be left alone and be allowed to live their lives in peace.  Isn’t that a simple demand on life?  Even the US government courts seem to have recognized this basic human right to be left alone by others.

The other set of humans, however, the rich and/or powerful individuals or groups in all countries, will invariably, maybe always, use their wealth and power to interfere with, and control the actions of others who are less rich and/or less powerful.  Is this crazy, or not?

But, if you ask these same controlling rich and powerful individuals (or groups) if they ever allow other humans (the non-rich and powerful, or even other rich and powerful) to interfere with their own actions or with their own lives, they will say ‘hell no’ and will usually respond to any outside interference with force and violence against the others who try to interfere with them.  For example, ask the Rockefellers, or maybe the Rothschilds how they respond to attacks by others.  It seems no one ever publicly asks them this question.  I wonder why.

Unfortunately for the majority of mankind, the rich and powerful appear to only see manipulation, fraud, and ultimately force and violence as the means to an end in which they, the rich and powerful, continue to be ‘the winners.’  This is the basis of the ‘zero-sum’ game, a game in which there are winners and losers.  To these largely human sociopaths, there is never a win-win solution to life’s problems – it is always win-lose.  They win, you lose.  It’s a two class mentality.  Good grief.

Interestingly enough, there are fights and wars between the various gangs, and one gang sometimes loses to other gangs or to the individuals who have challenged the gang’s power.  But, this two class gang mentality has been with mankind for a long time, and may remain around for a lot more time.  Who knows for certain?  I’d like to think humans are maturing as an animal species, but I do have my doubts.  And yes, upon inspection, it does appear evident the last thing the organized gangs want to have happen is to have an educated and thinking set of human individuals that will challenge the gang’s self anointed rule over others.  So, the gangs try to keep the individuals dumbed down, in poor health, and powerless to defend themselves from attacks by others.  That’s the gang mentality.

This may help explain why in recent years I have become an anarchist.  I just want clarity in life – no more secrets or B.S. and no more forced relationships with big and powerful gangs – just truth, open honesty, and peaceful interactions with others.  I want to be left alone by all of the powerful, deceit ridden and organized gangs in life.  I’m not their chess pawn.  I’m an adult human.  Given freedom and opportunity to do my own thing, I can handle my own life’s challenges.  I’ll do what I want to do, and voluntarily join the groups I want to join, and will resist all forced and violent relationships with others.

Isn’t that what we all want?  Tell me the truth.