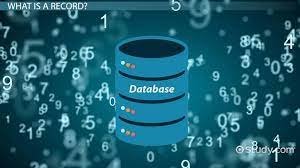 It seems that some American states are in far worse condition than other states, and this observation appears (perhaps once again) to apply to the state of Michigan.  As our country is being systematically destroyed by outside (i.e. by foreign) political controls, both legally and ideologically, people in the states are the ones who are made to suffer.  This time it appears to be the hate mongering SPLC (a zionist controlled law firm) that is initiating the problem in Michigan.  Apparently, the SPLC, as well as a few out-of-control government wankers, are now influencing the Michigan state government laws and controls after having already negatively influenced the feds and the big Internet companies.

“Michigan Attorney General Dana Nessel [an openly gay democrat lawyer] has announced plans to create a “hate crime” unit in order to track Michigan residents who disagree with the official government ideology, the Detroit News reports.  The term “hate crime unit” is misleading, because the group’s purpose will not be solely to prosecute hate crimes, but also to create a database of people who do not submit to globohomo ideology.

“Nessel stated that she will surveil anyone listed on the SPLC’s hate group tracker, along with anyone else she deems to have committed a thought violation.  It is important to understand that these are not convicted criminals or people who the state has reason to believe have committed or are planning to commit a crime. The new database is specifically designed to target law-abiding Americans.  The SPLC list is simply a list of people with whom the SPLC disagrees.  The government will investigate citizens based, not on their actions, but what their political opinions are.

“Michigan Civil Rights Director (whatever that means) Agustin Arbulu stated that he is making a database documenting “hate and bias incidents that don’t rise to the level of a crime.” In case that was unclear, he said he is making a database to track the legal activity of residents.  That means if the eye of Arbulu, Nessel, or the SPLC falls on you, your communications, personal associations, and thoughts will all be documented and scrutinized.”

Why can’t the American people simply be left alone by others?  Why are we always being attacked by idiots inside organized government?  When are the mentally small-minded powerful minorities going to stop using the force and violence of government as a weapon against the majority of the American people?  Rhetorical questions, all.

It appears we need a new definition of the term ‘crime,’ which would actually be a return to the ‘old definition’ of a crime, namely, a crime happens when some one, or some group (including individual government wankers), knowingly, intentionally, maliciously, and consciously causes harm to another.  If there is no victim, there is no crime.  If there is no intention to cause harm, there is no crime.  Of course, in some crimes like fraud crimes, it is proving the intention that is often the challenge.  In this case, since Michigan’s attorney general (a lawyer) is intentionally and openly defining the crime, that’s an easy thing to prove.  In other cases, repeatability of similar actions often show the intention to harm others.

If local, state, or federal government illegally uses its well organized and militarized force and violence to knowingly, intentionally, maliciously, and consciously harm its own citizens, the individuals in the government creating, ordering, and causing the harm must be held accountable.  In my opinion.  This applies to anyone and everyone inside government, as well as their outside partners in crime (like the SPLC) – they are no better than the rest of us.  We don’t live in a two-class society.  The first rule of animal life is always, ‘first do no harm.’  The second rule is that EVERYone is held to the same standards by society.

And, of course, my basic question is always:  When is all of the zionist, communist, immature, and destructive madness in America going to stop or be stopped?  When are the American people going to be free again?  We have never had an enemy outside this country do as much damage to us as has the well organized foreign enemy within.

It has been my personal observation and opinion that the SPLC, as well as many state and federal governments are ideologically foreign hate groups, and must be ignored and shunned by all Americans.  If people in government disagree with my opinion, let them show us exactly how they are supporting the allegedly ‘protected freedoms’ identified in the Bill of Rights.  I believe they will never do this, simply because they cannot.  BTW, if the SPLC really is, and by their own definition of the phrase ‘hate group,’ a domestic hate group, is it OK for good people everywhere to hate the hate group?  Another rhetorical question.

In summary, if it is only money, fear, and embarrassment that can influence and control government actions, let’s hope we all can embarrass the crap out of criminal government wankers when they screw up.  I’d hate for things to get so bad in America that we would have  to threaten to use force and violence on the wankers.  But one has to wonder if this is this the reason why truth tellers and whistle blowers are the openly declared enemies of government and their ideological partners in business and religion?

So, having said all that, I hope you have a nice day in your own life, and I wish for you to have positive thoughts about living your own life free of government controls and harm.  We only get one wonderful shot at this life – let’s make the most of it.  Do well, and thrive.