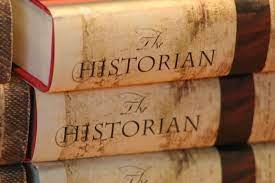 Every once in a while I run across a writer and/or journalist that I enjoy.  Such a recent find was Canadian Patriot, Matt Ehret.

Matthew J.L. Ehret the author, is a journalist, lecturer, and founder of the Canadian Patriot Review.  He is a contributing author with The Duran, Strategic Culture Foundation, and Fort Russ.  His works have been published in Zero Hedge, Executive Intelligence Review, Global Times, Asia Times, L.A. Review of Books, Sott.net, and now Highlander.   Matthew has also published the book “The Time has Come for Canada to Join the New Silk Road” and three volumes of the Untold History of Canada.

So that you have a feel for Matt’s writing style and content type, I’ve uploaded two of his documents, and they are listed below.  I have enjoyed reading several of Matt’s referenced documents so far, and I suspect you will enjoy reading these two also.

The first article is about the deep state that effects all western governments, and the second article is about a bit of American history that I’ll wager that most of you were not aware of.  What exactly was the World Landbridge Project anyway?

This is a three part series of documents, combined into a single document, that describe, in great detail and with references, the encroachment of the Deep State into North America.  A biography of the author will be found at the end of this document.

Canada’s struggle for existence as a sovereign nation has been caught between two opposing views of mankind represented by the British and American System of social organization.  As the great economist Henry C. Carey laid out while he was advancing the policy of Abraham Lincoln, the American System was designed to become a global system operating amongst sovereign nations for the progress and mutual benefit of each and all.  By the end of the 19th century, American System thinking was resonating with statesmen and patriots in all corners of the globe who were fed up with the ancient imperial system of British Free Trade that had always strived to maintain a world divided and monopolized.

After reading several biographies such as the History of the Life of William Gilpin (1889) by Hubert Bankroft, William Gilpin: Western Nationalist by Thomas Karnes, along with Gilpin’s 1873 Mission of the North American People and The Cosmopolitan Rail (1890), I have come to the conclusion that this man was not only a major force in American history, but represents a universal thinker whose mind comprehended with a depth and clarity unseen again for over a century how America’s Manifest Destiny actually represented a destiny for all mankind expressed brilliantly in his famous statement “Science is Divine and economy is science revealed, rightly understood and utilized”. Gilpin, a devout follower of Alexander von Humboldt and Alexander Hamilton, prophesied for over 50 years that America, Russia and China were united in a common mission to transform all humankind – a conviction which drove him to champion the construction of the Trans Continental Railway with a grouping of other co-thinkers in the early 1840s.

These two documents are well written and easy reads.  I hope you enjoy them both.