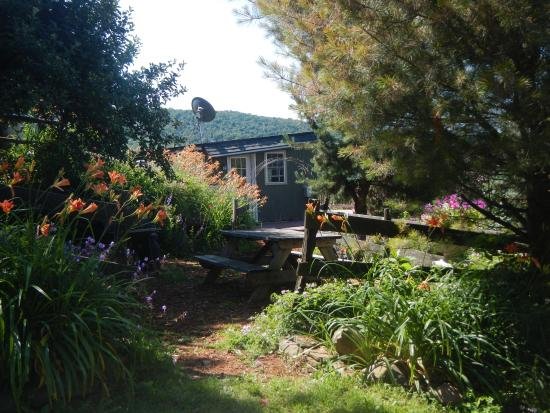 Highlander’s Review of “The Barnes Review”

Highlander’s Review of “The Barnes Review”

To suggest that humans in the modern world are being viciously attacked by organized governments and by their well-funded military gangs, as well as human populations being hugely misled by the government gang’s well-controlled news media, would, by many, be considered an understatement.  Getting to the truth about modern events and past time historical events is often challenging at best, and maybe impossible at worst.

Thankfully, and for a while at least, we have the Internet as a resource and as a communications mechanism for talking to each other, and for providing us with the research tool needed to find information about current and past activities.  That is one of the basic ideas behind Highlander.com.  Use the Internet to provide historical research material to those who are interested.

Of course, the Internet is a HUGE resource, and it provides us all with access to many information sources, so many, in fact, that it is easy to miss the good sources.  Such has been one of my own personal challenges – finding the best historical research material sources available.  And, no, unlike government spy agencies, I don’t have unlimited time and financial resources to simply sit around and look for good information sources.

Imagine my surprise, however, when I do find new and really good sources.  Recently I’ve become aware of The Barnes Review (TBR), a publisher and provider of interesting and accurate historical resources for people, just like you and me.  It was a random discovery on my part, but an excellent and worthwhile discovery, none the less.  After establishing contact with TBR, I’ve recently uploaded two issues of their bi-monthly magazine, one from 2010, and one from this year (2019).  Both issues are excellent, and I’ll provide links to them below.

The Barnes Review was founded in 1994 by Willis A. Carto, and the company has been publishing without interruption for the past 25 years.  In The Barnes Review you will read vignettes of men, from the prehistoric to the very recent; from forgotten races and civilizations to first person accounts of World War II and the late Cold War.  There is likely no more interesting magazine published today, nor is there a more significant and important subject for us all to study, than to study REAL human history.  Of course, the US government’s chosen media gang hates The Barnes Review.  Really???  Yes.  But when you understand the MSM, it all makes sense.  And, maybe it’s that hatred, by that specific gang, that is the magazine and the company’s best reference, eh?

The company’s purpose, of course, is to bring human history into accord with accurate historical facts, as the purpose was first enunciated by their company’s namesake, Dr. Harry Elmer Barnes.  And yes, it was Harry Barnes whose efforts begat the company’s noble goals.  For TBR, even today, no cause is more important to the survival of civilization, than accurately publishing the truth in historical documents.  So, it may be obvious at this point, that is the solid connection with Highlander.com – we both are dedicated to asking questions, telling the truth, and dealing with people openly and honestly.

If we look at the May/June 2010 issue of TBR, for example, we find the cover story entitled ‘Revenge of the Neanderthal.’  From that article, we have this quote:

“The idea that today’s people known as “Jews” may well be foundationally genetically descended from the Neanderthals is not really so extraordinary as it sounds.  Even as far back as Aug. 2, 1997, the online publication Slate (which is considered quite “hip” and “progressive” and otherwise very much politically correct) featured a commentary by a Jewish writer, Charles Paul Freund, entitled “So are the Neanderthals still Jews?” pointing out that there have been those who have raised this controversial question.”

Now, the brilliant part of this cover story is that we readers now get to look at both Neanderthals and at the Jews, most specifically the Ashkenazi Jews, aka the Khazarian Jews.  Is there a connection?  You tell me.  I’m not so well trained in ancient history as I am in American history, but the subject in question does deserve a chance at being reviewed and discussed.  So, I offer this magazine issue for your perusal and enjoyment.

The rest of the issue includes articles with headings like “The Story of the Khazars,” “Protocols not a Forgery,” “Jesus Spoke a Gentile language,” “Russia’s Christian Martyrs,” and “The Big Secret.”  It’s a great issue, in my opinion.  This issue has many challenging and thought provoking stories and articles.

The current issue, the March/April 2019 issue of TBR, taught me many things I simply wasn’t aware I didn’t know.  The Cover title is “Rommel, In Defense of the Desert Fox.”  To show my own naiveté, I wasn’t aware Rommel needed defending.  But if you read the article, you’ll see why he often gets a bad rap, and why this is a dishonest thing.  After reading the article, Rommel appears to be a very honorable and faithful man.  Does that surprise you?

When you read the actual series of events in the article, you begin to understand the mystery and intrigue of Rommel’s relationship with Hitler.  For me it was unusually interesting.  Palace politics and games often capture our attention and our imagination.

Other articles in this issue include “The Power & Influence of The Knights of the Golden Circle,” “State Secession and the US Constitution,” “The Real Nelson Mandela and the Rivonia Treason Trial,” and “Russia’s Holocaust Law: Is it Being Enforced?”

The Barnes Review magazine is available as a subscription, for a small fee, and the company offers many other publications to its readers and subscribers.  Please check the website out at:

Thanks for your participation with Highlander.  Have a nice day and think good thoughts.