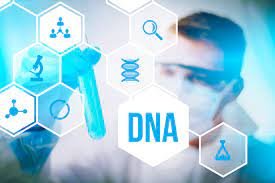 Highlander – Don’t Get Your DNA Tested!

Now, perhaps we should discuss the potential problems with DNA testing.  As you may have noted, DNA testing is not like paper or computer records you research.  It is very specific in some ways, and in other ways, maybe prone to mistakes.  Let me explain.

One major problem for having your DNA test done is concerned with the government involvement.  While companies like Ancestry.com will tell you that they will protect your privacy, I approached their legal department several years ago (so my information may be obsolete) and asked if they would guarantee that they would never release to the government my DNA test results.  What followed was a HUGE period of silence.  In my opinion, ‘no answer’ is the same as a ‘no’ answer.  I have seen Ancestry comments since that time in which they said they have only released someone’s DNA under a court order and have done so only a few times.  Really?  How would we know?

And, also let’s not forget that the police are now using genealogical databases to find perps.  People of purely African and Asian descent are less vulnerable than whites of European descent for pursuit by the police because fewer people in those groups have had their DNA sequenced and put into a public database.

“Every genealogical/Service I have researched talks incessantly about Privacy and having control over your own data. All such language is deceptive and misleading, designed to trick people into buying their testing kits. Now that large databases have been built, your data is on display for anyone who can pay or provide a subpoena.” —  Technology News Editor

My problem is that I have worked with the government enough to know they will use force, violence, manipulation – any tactic possible – in order to satisfy their own demands.  Constitutional law?  What’s that?  And what about all of that unconstitutional NSA snooping of all domestic and foreign communications?  Is anything digital safe from government these days?

“Two lawmakers — US Representatives Frank Pallone Jr. of New Jersey and Dave Loesback of Iowa — are now pressing DNA testing companies for more information about their security and privacy policies, Stat News reports. The hope is to resolve any issues around security and privacy.”

“You’re granting us the rights to share information, but fundamentally you own your data,” Elissa Levin, Helix’s director of policy, told Business Insider.

“23andMe and Ancestry said the same thing — although the companies need some rights in order to analyze your sample and send results back, they don’t have total ownership. They can’t, say, bar you from taking another DNA test in the future.”

And it’s not only the government we have to worry about stealing and using our DNA information, only God and the thieves know for what purpose they want that data.

“23andMe and Ancestry both have research partnerships with pharmaceutical companies that explore things like the genetics of aging, psychiatric disorders, or lupus.

“Both companies require you to consent to sharing your information if you want to participate in those programs. Unless you agree, your information will remain with just 23andMe or Ancestry (and the contractors they work with to do the test). The same goes for connecting you with potential family members.”

Now, in 2019, the situation is worse for you as a member of the American public.  The first transgressor to DNA privacy was 23andME, and now FamilyTreeDNA has joined the ranks of the treacherous by sharing its millions of DNA files with the FBI.  Really?

“The decision by a prominent consumer DNA-testing company to share data with federal law enforcement means investigators have access to genetic information linked to hundreds of millions of people.

“FamilyTreeDNA, an early pioneer of the rapidly growing market for consumer genetic testing, confirmed late Thursday that it has granted the Federal Bureau of Investigation access to its vast trove of nearly 2 million genetic profiles. The arrangement was first reported by BuzzFeed News.

“Concerns about unfettered access to genetic information gathered by testing companies have swelled since April, when police used a genealogy website to ensnare a suspect in the decades-old case of the Golden State Killer. But that site, GEDmatch, was open-source, meaning police were able to upload crime-scene DNA data to the site without permission. The latest arrangement marks the first time a commercial testing company has voluntarily given law enforcement access to user data.”

“Although we give lip service to the notion of freedom, we know that government is no longer the servant of the people but, at last, has become the people’s master. We have stood by like timid sheep while the wolf killed — first the weak, then the strays, then those on the outer edges of the flock, until at last the entire flock belonged to the wolf.”  – Gerry Spence – Lawyer and author – Source: From Freedom To Slavery

Government is not your friend.  Remember that.