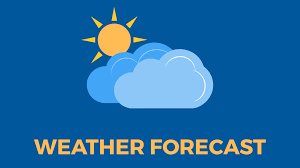 It’s funny (odd) how life changes for us as we grow older, and as we go through various learning stages. My website (Highlander.com) has been with me for what is now many years, and I’ve seen the website go through stages of evolution ranging from being an html coded business website, into dormancy, and now back into life again as a website focusing on history and on family research.

But these are different times in 2019 than in 2003, and the rules of web engagement are different now than they were fifteen years ago. In some ways the Internet has matured a bit, and in some ways web development has changed also. Gone are the days of creating a pure HTML coded website, and welcome to the WordPress development era accompanied by Google controls over websites. For me, this is mind warping and I feel like a Stranger in a Strange Land.

For example, in the old days, Google was simply the very necessary web search tool. Today, Google is the web controlling policeman and, oh yeah, they also provide web searching services… on a restricted basis. I don’t want to get into a rant about Google and what it does, but like many big companies, it seems to follow its own star, and it doesn’t really care who follows its path, and who doesn’t. It sets the rules, and it now carves the pathway to the future, users be damned.

When I started this adventure into new website development last August, I figured (erroneously) that the tools for quick and easy website development would be there, and that bringing Highlander back online would be a relatively easy task. Well, it wasn’t, and things may be far more complicated today than they were at the turn of the century.

In fact, in addition to a plethora of website development tools, even Google now has different guidelines, including how to become recognized and important on the Web. No longer will using significant ‘tags’ in a website be the controller of how well a website places by Google, but web content has now become the controller. In fact (and this is the potentially dark side of Googles controls), if your website is based on a non-PC theme, you will be punished by Google. Really? So, we should ask if the Internet is still free? In my opinion, the answer is no. If you want web freedom, you had better go to the ‘Dark Web.’

On the positive side of things, shifting focus from tags to web content may not be a totally bad idea. In 2019, what helps a website become noticed by Google search bots is for the website to show a length of time in existence. How do you do that? Well, one way to do that is to upload a history of documents with earlier creation dates.

And that gets me to the point of today’s observations.

The last ten years have been very interesting for me in many ways. Being retired for that time period has its own freedom benefits – no responsibilities for business, customers, vendors, adult children, etc. One can just bumble around and do whatever one wants to do. For me, that’s a lifetime first.

So, in my newfound freedom, I went back to college and got another degree, and that ‘nudged’ me into the research mindset once again. And, with the help of others I knew and met, I started to shift my focus from the mainstream world into the ‘real’ world. I turned off the TV and shut down the constant brainwashing from government and the media. I went back into the ‘think about things’ world again. This time, for real.

This realization links us back into the Highlander website development process. As background, I have been writing Early Morning Thoughts (EMT) since at least 2013, and while trying to increase the ‘aged’ content on Highlander’s website (for Google search ranking purposes), I have been reading and uploading my older EMTs. And, interestingly enough, during this process, I have come to realize how much I and my fellow Americans have become conscious and aware of the real, non-fiction life in America and elsewhere.

The issues I was concerned about in 2008 and in 2013 are no longer discovery issues – they have become mainstream consciousness. People worldwide are now well aware of presidential usurpation problems, foreign controls of western government problems, middle eastern genocide problems, DC criminal problems, government force and violence against its own people, etc. Today, in 2019, human society now tries to discuss world events in a much more open and clear manner. We are evolving from ‘unconsciously incompetent’ status into ‘consciously competent’ status. We are waking up. And that’s a good thing.

On the dark side, however, this awakening of the people around the world appears to be quite distressing to the evil bas-tards who rule the world, and the evil bas-tards are fighting back by restricting free speech and individual choice, and by using government force and violence to disrupt and destroy resistance to their plantation controls over others. In fact, if we look at just the middle east, whole countries have been militarily attacked and destroyed in the name of American ‘democracy.’ Yes, it appears we are deeply immersed in the age of fraud and deception. The zio-american empire has devolved into being the ‘evil empire.’ And that’s all bad.

Having noted all that, however, here’s my societal weather forecast: Stormy yesterday, cloudy today, warm and sunny tomorrow. You see, underneath all of my problem disclosure talents, I am actually an optimist. I believe that things will be better tomorrow. Yes, I may be excessively or blindly optimistic, and maybe I’m just another Pollyanna, but I believe that me and my neighbors will do the right thing for us all. What I don’t believe in is a country’s alleged leaders and/or its shadow government. In fact, I don’t believe in government at any level simply because historically, it’s just another force and violent plantation system of controls over us all.

I hope that government proves me wrong, but I’m skeptical enough and Scotsman enough to say “A hae ma doots.” I want individual freedom and liberty for every adult man and woman on earth. No more slavery to religion or to government. Screw all that. We allowed the hidden elites their chance and they screwed the pooch. Now it’s our turn. It’s time for humanity to grow up into adulthood.

Remember, the weather forecast for tomorrow is warm and sunny. This is something we can do.

Have a nice rest of your day.