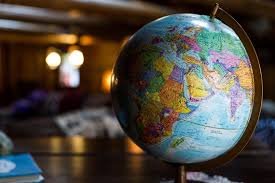 What The Hell Happened To My Country?

What The Hell Happened To My Country?

It seems I am one of the most unwanted people in my own country.  Why????  Because I refuse to wear a stupid and irrelevant political mask on my face.  I can’t buy a sandwich, get a haircut, or even enter my local library if I don’t wear a mask.  How insanely stupid is this mandatory mask program?   In case I haven’t mentioned it before, I really have grown to hate communism, socialism, and other central government powers, Comrade.  I do NOT want a one world government, nor do I want any of my freedoms taken away from me by my local, state, and central governments.  I want local rules to be higher in legal status than centralized rules, Comrade.  I want no more centralized control.  Screw that!

I have enjoyed much of my life before now, but now find myself immersed in the middle of really stupid and brain dead fellow American citizens.  The way I can tell if someone is intelligent and sane in 2020 is to see whether or not they are wearing a communist mask.  No mask, they are intelligent and sane.  If they wear a mask, they are brain dead order followers.  So, I ask – what the hell happened to my country?

It is pretty clear to me that the whole cv-19 plandemic was intended to shut down society, and provide a distraction so that the money system can be changed by the wealthy and powerful who now completely control this country.  However, the poor and the middle class have been destroyed and the rich have gotten richer.  WTF, Mate?  Are the plantation masters all sociopaths?

Small businesses, including local retailers, are being shut out of business, and yet, no one complains.  I’m retired, so I have no axe to grind in support of small businesses anymore, but my heart goes out to every Joe Sixpack who is just trying to get by and support what is left of his own family and his own life.  Sadly, we are slowly but systematically being destroyed as a people.

And then we have the likes of Bill Gates, the uber wealthy pricq who wants every human alive to get forced into taking his poison vaccine.  Screw that.  Who the hell do these phuqing eugenicists think they are?  If we need fewer humans alive on earth. Let them be the first to go.  Maybe they would like Mars – I hear there are no human problems there.  [Yet]

The government, aka DC crime syndicate, controlled as it is by foreign interests and by political Zionism, is doing so much warfare against its alleged enemies (that would include all humans who are not of their political ideology), I suspect we will soon see US Army tanks rolling down Main Street, USA.  After all, unlike the middle east, which we and our alleged best friends from tel aviv, have destroyed, America still has a few communities that still have buildings standing – why not physically destroy all of America also?  I mean to say, stupidity and suicidal tendencies seem to be strong in these mental cretins and control freaks.  What religious cult started all of this destructive insanity?  I forget… Let me think… I’m sure I’ll remember…  Just give me a moment…

Fortunately, there are still a few intelligent and sane investigative journalists, researchers, and quite credible medical doctors (those who are not afraid of losing their jobs) who see through all of the communist crapola and who are not in favor of living in the Soviet Union part two.  Thank God for Russia, China, Syria, Palestine, and Iran.  Thank God for the New Silk Road.  Thank God for Matt Ehret and Stephanie Sledge.  Thank God for the America’s Frontline Doctors.  Thank God for all of the researchers who have been slammed by YouTrash, FarceBook, Tweeter, and other big zio-commie tech firms.  I realize their god does not like any one of the people I’ve mentioned above.  Their god wants more lies, more theft, more death, and more destruction – everywhere.

For the record, I love the open and truthful humans, and have no fondness for those who deal in secrecy, blame others for their own crimes, who steal from others, kill others, and destroy property.

No mature human adult wants or needs any of what ‘the great destroyers’ have to offer.  Screw all that!  Mature humans want and need individual freedom and liberty, not slavery to zio-government wankers.

Which brings me back to my original question.  What happened to the people in the land of the free and the home of the brave?  Have they all become compliant communist slaves?  Can we blame this stupidity on the government schools?  Or how about the government fluoride water treatments – do they count?  And let’s not forget the government chemtrail sprays, the GMO foods, and the approved killer vaccines and big pharma pill products.  And, let’s never forget the foreign zio-banksters who control our economy and who need to be put out of business.  And now we can plainly see, because of the Smith-Mundt Modernization Act of 2012, the American people are legally able to be treated as poorly as the zio-government treats people in other countries.

We are a people with a lot of guns and ammo, and yet we are being killed off by phony virus scares, by having our economy shut down, by forced isolation from others, and by incessant police brutality.  Interestingly enough, the BLM acronym can stand for “Blue Lives Matter” as well as “Black Lives Matter.”  And, inasmuch as few Blacks actually support the BLM riots, the secret government sponsored cretins, mostly white, who are doing the damage to our culture and to our cities certainly want to destroy everything.  Stupid, stupid, mindless, cretins.

Here’s a big hint to every single communist out there – ALL LIVES MATTER.  Our culture matters.  Our families matter.  Our property matters.  Our freedom matters.  Everything counts!

Have a great day, and don’t let my pi$$ed off ranting get you down.  We are still alive and most of us are still vertical.  That’s a good sign.  That says that we still have a chance to undo all of the bull crapola that has been forcefully imposed on us.  Simply put, we have to stop complying with their stupid and lawless commands, and withdraw our support of their controls over us.  And, we also must return fire after having been fired upon.  If they come after us, go right back after them.  If they draw first blood, make certain you respond as appropriate.

Someone asked a broker what he should buy, and the broker answered ‘canned goods and ammo.’  What sage advice.  I agree.

Prepare for the worst and work for [and hope for] the best.  Everything we do counts – it either counts for us, or it counts against us.  Make every single action you do, count for you and for others.  We are capable of so much good, let it happen.  It is a tragedy that the evil basturds among us are forcing us into submission to their evil ways.  Screw all that.  Help yourself be strong and self sufficient.  Help others be strong and self sufficient.  Ignore the people who are hell bent on being slaves to government.  No one needs them.  Not you.  Not me.  Not our families.  NO ONE NEEDS THEM.