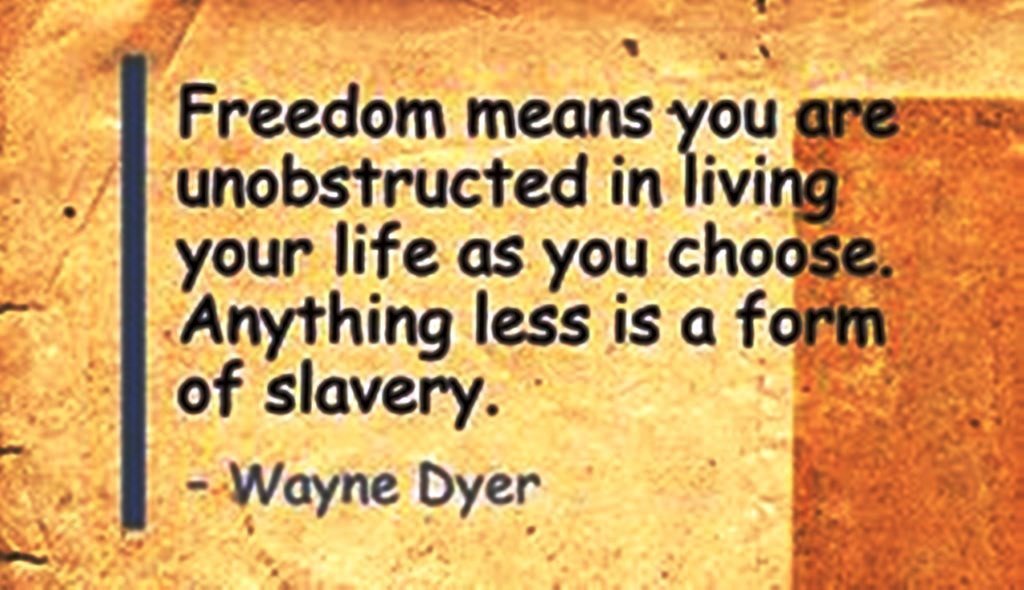 The USA – Free Country or Plantation?

I agree with others that we must be well prepared against foreign aggression, and that helps explain why our foreign and domestic enemies are trying so desperately to disarm our people and are using the local civilian police to harass us, to arrest us, to steal from us, to imprison us, and to kill us. With the highest imprisoned rate in the world, we are the largest open prison camp on earth. That’s wrong, and that’s bad, and it must be reversed. There is no such thing as a happy slave. We must return to being a free people.

In America’s case, our central government, originally designed to provide services for the state governments, has gone rogue, and now represents the largest organized crime syndicate on earth. It does not abide by our system of laws, conform to our people’s culture, nor does it do anything to enrich our people. It is only concerned with murder, rape, and pillage of our people and of the people elsewhere on earth. This U.S. federal government does not represent the American state governments or the American people.

So, how did this happen? How did a country based on individual freedoms and liberties become the worst plague on earth? How did a country based on a well written and defined constitution go so foul? I think it’s a moneyed elite problem. As Steven Yates points out so accurately, we have never been free of the city of London financial manipulation and control. Add to that the fact that we are now infested with Israeli dual nationals, and manipulated by the federal reserve bank, the CFR, the Bilderbergers, multinational corporations, and the Israeli lobby AIPAC, among others, and it becomes evident that we are now controlled by foreign influences, and no longer controlled by American influences.

There are many solutions to this huge American problem, and they all revolve around the idea of breaking up the criminal cabal that controls us. I often suggest disarming the police, arming the citizens, abiding by our own rule of law, dismantling the crime syndicate in Washington, and letting the state governments resume their proper place as sovereign states. The sovereign states, all of which are representative republics, must arm themselves and provide defenses for their own people, whether that means the militia or it means having their own army and air force. And as Texas is now seeing, it’s own border patrol must include some naval power for border protection. The states must be first concerned with the protection of their own citizens, or else the state governments, like the federal government, are of no value to their people at all. The states must do as the state of North Dakota has done and create their own independent banking system – that will kill the influence and control of the Zionist owned and controlled federal reserve bank. The state and federal governments (if the federal government is to continue to exist) must rid themselves of all foreign influences, and that means, among other steps, removing all Israeli dual nationals from government service, removing all unconstitutional federal statutes, controls, and intrusions over the states.

In short, I advocate taking the huge problem with the lawless federal government and breaking it down into smaller, more manageable pieces called states, and then having each and every state solve its own problems. And the individual… the individual must be protected at all costs, because it is only through the individual that all progress and growth are possible.

“There will never be a really free and enlightened State until the State comes to recognize the individual as a higher and independent power, from which all its own power and authority are derived, and treats him accordingly.” — Henry David Thoreau

And if the criminals in government don’t ‘grok’ this attitude, then the people have the right and the responsibility to question whether they need a government at any level at all. What no people anywhere need is a set of ruling masters, and the idea of master/slave relationships must be destroyed at all levels. If we are to be a free people, then we must be a free people at all levels of life. Individual freedom and liberty is what life is all about. There are no alternatives other than abject slavery to others. I don’t know about you, but I make a lousy slave.

Have a good morning.