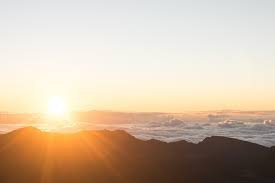 A Tale About the New China State in America

Here’s a little fiction for you, but it’s a story with a message. Sincere apologies to the Chinese.

To begin… Let’s pretend that, under the auspices of Great Britain and the American federal government, the UN has given China the state of California, without first polling the residents of the land for agreement, and New China immediately moved hoards of its own people and military into California. Eventually, after decades of occupation, and being the prejudiced folks that they are, New China decided to attack and take control of Arizona, Utah, and Nevada to expand their control. And because the states are unarmed, they did. Easily.

Then New China bulldozed down all of the American homes in the occupied areas, and put up Chinese homes in their place (restricted to Chinese nationals), and forced the displaced Americans into ever smaller areas in which to live. The Chinese disarmed the Americans. There was no free speech in New China – the Americans couldn’t complain or they would be disappeared. Oh, yeah, and let’s not forget that since New China has no constitution, there was no rule of law with which to appeal, so the Chinese aggression against the Americans continued unabated. The Chinese, with their supporters in the UN, simply ignored all UN sanctions against them.

As part of their undying loyalty to themselves and their ‘screw the world’ attitude, New China created a terrifying threat against major cities around the world that they named the ‘Great Wall Option’ which threatened to blow up every major city in the civilized world if they (New China) were ever taken down. Then, as a notice to all humanity they were serious, they actually used this weapon on one major city in the eastern USA.

The military force of New China in California then created several false flag attacks against itself in order to justify even more military actions against the Americans. New China built huge walls around their own settlements to protect their own Chinese population and to keep the Americans out. Then the Chinese started to control the water the Americans received. Then the food. This oppression went on and on. It became obvious that this was no longer war, this was genocide. This was extermination.

So, did the Chinese ever back down? Where would they go? No one liked them anymore. Their lies and the facade of being the victims of American terrorism was shaken to its roots by public awareness (via the Internet). Bibi Yuan, the Chinese premier, told the world that China would remain strong and would win this 50 year war against the American terrorists, but in his heart he knew that New China was fucked – they were going down.

So, now, in this story, are the Americans freedom fighters and patriots, or are they terrorists? Is this an easy question to ask and answer? How about the Palestinians?

And when you finally understand how you would feel if the Israeli/Palestinian situation happened in your own back yard, perhaps you can understand how the native Palestinians feel about the Zionist occupiers inside Palestine.