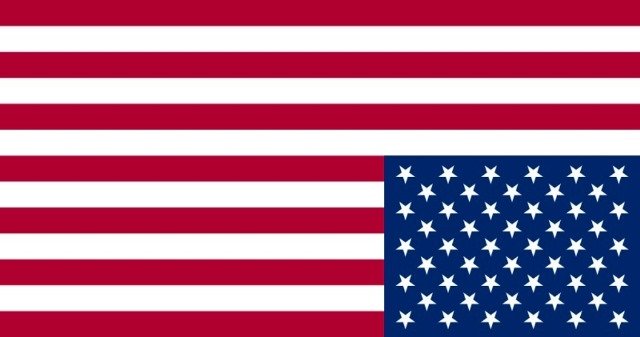 Is the United States as a Federation of Sovereign States Dead?

I think the USA as a federation of sovereign states is dead.  Everything we have fought for and tried to accomplish under its flag has been defeated.  Our enemies have been many, but they are/were primarily the internationalists of whom we were never free.  Our enemies took their time, and they have conquered us.  We didn’t do a good enough job assuring our own independence and our own freedom of interference by outsiders.  We were too busy with our own lives, and we let too many criminals and enemies into our government.  As a people we used to be largely guided by our Christian morality and ethics, but now that is all gone – people inside government no longer have morals and ethics.  The federal government as a functioning system of governance is now sociopathic and is a dismal failure to our people.

Additionally, many (maybe most) of our state governments are now either treasonous and are working with the foreign and enemy controlled federal government, or they are simply dysfunctional.  Our whole system of government is now on the table for discussion, because what we have now is simply not working for us.

In fact, our enemies are slowly killing us off by way of financial and monetary controls, aerial spraying of deadly chemicals, allowing huge corporations to poison us with chemically deadly foods, warring against us for pretend causes (like the war on drugs, the war on poverty, etc.), imprisoning us for pretend crimes, stifling our freedom of assembly and freedom of speech.  We are being mercilessly controlled by an unlawful totalitarian regime which has usurped our ability to control our own lives.  We are being controlled by our enemies – the ruling elites.  These elite eugenicists are now in charge, and they are calling for mass depopulation.  That would be us they are targeting.

I hope by now that we have now grown up enough as a people to see exactly what our problems are, because we are going to need clarity of vision in order to save our own lives and to make changes in our environment that are necessary to protect our future freedoms and our future sovereignty.  We are also going to need a personal and committed determination to finally make the changes to our surroundings and our method of dealing with each other, and with outsiders, that are required.  We need to change ourselves and our view of the world.  We, the people, have to grow up and become serious about life.  We have to take charge.

I didn’t start this piece with depressing thoughts in mind.  I was actually thinking about New Hampshire, and about North Dakota, and about Texas.  I was thinking that people in the states are able to cause the changes that are needed for the states to break out in freedom all over the country.

New Hampshire has the Free State effort going on, and New Hampshirites are trying to get the increasingly large libertarian movement to move to the state and control it from a libertarian perspective (that’s a big good-bye to the progressive Massholes who are also trying to control the state).  People in the Live Free or Die state are trying to actually live free.  What a concept!

North Dakota is presently thought of as the freest state of the fifty (Mercatus Center report for 2013), and it is the only state with its own state banking system that would allow it, if it chose to exercise its capabilities, to operate without the Federal Reserve Bank.  It is also clearly the most economically sound state of the fifty, and has about 3% of real unemployment – it’s booming in energy development.

Texas… what can you say about Texas that is bad?  OK, Texas still has too many progressives and neocons, but it has the physical size, the business diversity, the energy resources, and the right attitude to stand on its own.  Secession has been an active movement for over a decade.  Free Texas… it’s a thought that can actually happen.

And then we have people in other states, like rural Colorado, who are wildly distrusting of their state government and who are threatening to secede from the state and create a new state (North Colorado).  Like the Colorado secessionists, I am also hugely distrustful of the democratically controlled Colorado state government as I watch the state drop from number two in the freedom rankings to number 19.  The statists in Colorado are doing everything they can to destroy the freedom and independence of the people.

I think it is time for people in the states to learn what is needed for their own state to live, act, and operate freely of the federal government – to act like independent states (aka countries).  That includes thinking about what is involved in protecting a state from physical and economic violence from other states (that would include other countries and the federal government), thinking about managing its economy, its money system, and its banking system.  The states have to think about the businesses they have, and how their people can prosper.  The states now have to think about their individual system of laws, their food sources, and their water sources.  The states have to think about methods of protecting their borders and their skies from enemy encroachments, including aerial chemtrail spraying by the CIA’s Evergreen airline.  The states may not need their own navy, but they surely need a well-armed and well organized militia, and they need an air force.  The states will need their own well protected communications services and they need their own intelligence organization.

The states, if they are to remain free and independent, need to pull an Iceland and become free of the Zionist bankster controls.  The states need to act like Switzerland, and fully arm and train their own citizens.  The states need to protect themselves from international efforts of control like the efforts of the United Nations, the CFR, the Trilateral Commission, the Zionist Rothschild banking systems, the Bilderbergers, and the rest of the world’s elites.

The states need to start acting like free and independent states.  They have to stop screwing around with a lawless and criminal federal totalitarian regime.  They need to act like the adults in the room, not the children.

What do you think?  Do you see our problems clearly?  Do you think there is any hope for our people?  What did I leave out?  What else needs to be done?  When can we get started?