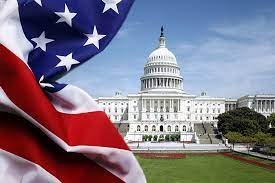 All Forms of Government Force and Violence are Not Wanted

Yesterday I posted early morning thoughts that said, in essence, that our federation of states, because of enemy infiltration, employee betrayal, and political corruption, no longer exists. Today I’m thinking that all forms of force and violence as exercised by the elites and by their well-controlled and well-armed government bodies, are no longer needed or wanted by the rest of humanity – the people who merely want to live in peace.

Think about it. We allegedly ‘elect’ people to help us accomplish common goals like protect our freedoms, provide a legal system to facilitate our dealings with each other, support our economy and a sound money system, support us with local services that may be needed, etc. But the system we have is all based on the use of force and violence.

So, what has happened? Is government doing what we want it to do? The answer is, of course, no. Our government has turned against us. We are now victims of government controls and their use of force and violence against us. They have usurped control over us. They now kill us and otherwise control us, and are protected from our response by writing ‘laws’ that protect their unlawful actions, by jailing our people, by poisoning us, drugging us, threatening us, and by attempting to disarm us. The servant has become the master, and this master is an evil and brutal master that uses force and violence against its own people. Our system of government no longer protects the people.

How did we get here? We let it happen to us. We lost (or maybe never had) control of our government. The Founders were the English colony elites of their age, and they set up a federal system that basically supported an ‘elected’ and elite control of the people. Even the Constitution itself was intended to provide services to the state governments, some of whom resisted surrendering their local control to a central government. Remember, the Bill of Rights was written as an add-on – it was not the root of the Constitution.

It is evident today the U.S. federal government is no longer an American government – it has now become an international government that is the military force for the international elites in business, especially the Zionist banksters – those same families of people who control the world’s wealth, start every war, and who are conspiring to kill off about 6 billion humans to make their job of controlling humanity easier. What the hell is THAT all about? Who died and made the Rothschilds, the Warburgs, the Rockefellers, and the other moneyed elites become our covert Gods? Did you do that? Do you think I did that? The answer, of course, is that none of us did that consciously, but we did let it happen, and that would be an oops on our part. So, now what do we do about this huge ‘killer’ problem?

The only alternative form of government (to one based on the use of force and violence) I can imagine that will be acceptable to Americans, is the libertarian philosophy of voluntarism. According to Susan Ellis: “”Voluntarism” refers to everything voluntary. In the United States this includes, for example, religion. It certainly encompasses the entire “voluntary sector,” but “voluntary” in the “voluntarism” context means not mandated by law (as government is).”

And as Carl Watner notes about libertarians and voluntaryism, “Voluntaryism figures prominently in the libertarian tradition in three distinct ways. First, voluntaryism represents the final goal of all libertarians. After all, libertarianism is the doctrine that all the affairs of people, both public and private, should be carried out by individuals or their voluntary associations.

“Secondly, voluntaryism is a realization about the nature of political society. The voluntaryist approach rests on the crucial, theoretical insight that all tyranny and government are grounded on general popular acceptance. To libertarians, voluntaryism thus represents a means, an end, and an insight. The primary responsibility for the existence and continuation of any political system rests on the majority of the population, who willingly acquiesce in their own subjection.

“Thirdly, voluntaryism represents a way of achieving significant social change without resort to politics or violent revolution. Since voluntaryists realize that government rests on popular consent, they conclude that the only way to abolish government power is simply for the people at large to withdraw that consent. As a means, voluntaryism calls for peaceful persuasion, education, civil disobedience, and non-violent resistance to the State. Only voluntary means can be used to attain the truly voluntary society, based on the insight that existing tyrannies depend on the voluntary submission of the governed.”

If we volunteered into the system of force and violence that now controls us, we can volunteer out of it. I would submit the more openly we discard the elite controlled two party system of politics and embrace an open voluntaryist philosophy, the better off we will be in the future.

What do you think? Are you a libertarian? Could you become a libertarian/voluntaryist? Would a voluntary society suit your needs? Does something like Galt’s Gulch in Chile appeal to you? Could we build a Galt’s Gulch here in America?