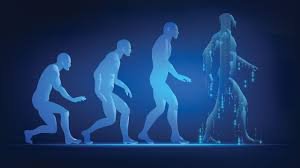 From a genealogical perspective, the Smithsonian Institute article linked below discusses recent discovery of an unknown human ancestor.  The Smitsonian article includes a message from an earlier article from Nature Communications (Nature Communications volume 10, Article number: 246 (2019)):

Returning to the Smithsonian article:

“A recent study used machine learning technology to analyze eight leading models of human origins and evolution, and the program identified evidence in the human genome of a “ghost population” of human ancestors. The analysis suggests that a previously unknown and long-extinct group of hominins interbred with Homo sapiens in Asia and Oceania somewhere along the long, winding road of human evolutionary history, leaving behind only fragmented traces in modern human DNA.”

As an aside, I do wonder about the article’s ‘out of Africa’ theme because it does not mention or examine the Rh Negative blood type humans, ancestors of which appear to be isolated, and which clearly did not follow that same ‘out of Africa’ pathway.  Supporting this question, perhaps, we have this additional comment in the original Smithsonian article:

“I’m not even sure it makes sense to talk about ‘introgression events’ when that seems to be the norm.”  In fact, because only eight models were tested and many others could be possible, [Iain] Mathieson adds that the new findings are “certainly a plausible scenario, but the reality is likely even more complex.”

I agree with Mathieson.  I suspect that we still have much to learn about our human origins, and that, of course, is a good thing, but it also tells us that we may never ‘know it all’ about any subject concerned with human evolution.  And, as much as I like and respect the Smithsonian, I’m not sure that it will be the organization that reveals the truth to us all.  Its past is still a bit checkered by what it it has hidden from us (e.g. human giants) and what it has revealed to the public.  Why all the human origin secrets?  Are humans not smart enough to know the truth?

From a Randomhouse.ca article (The Basque History of the World), we have this information about the Rh Negatives:

“Less subjective physical evidence of an ancient and distinct group has also surfaced.  In the beginning of the twentieth century, it was discovered that all blood was one of three types: A, B, or O. Basques have the highest concentration of type O in the world-more than 50 percent of the population with an even higher percentage in remote areas where the language is best preserved, such as Soule.  Most of the rest are type A.  Type B is extremely rare among Basques.  With the finding that Irish, Scots, Corsicans, and Cretans also have an unusually high incidence of type O, speculation ran wild that these peoples were somehow related to Basques.  But then, in 1937, came the discovery of the rhesus [blood] factor, more commonly known as Rh positive or Rh negative.  Basques were found to have the highest incidence of Rh negative blood of any people in the world, significantly higher than the rest of Europe, even significantly higher than neighboring regions of France and Spain.  Cro-Magnon theorists point out that other places known to have been occupied by Cro-Magnon man, such as the Atlas Mountains of Morocco and the Canary Islands, also have been found to have a high incidence of Rh negative.

“Twenty-seven percent of Basques have O Rh negative blood.  Rh negative blood in a pregnant woman can fatally poison a fetus that has positive blood.  Since World War II, intervention techniques to save the fetus have been developed, but it is probable that throughout history, the rate of miscarriage and stillborn births among the Basques was extremely high, which may be one of the reasons they remained a small population on a limited amount of land while other populations, especially in Iberia, grew rapidly.

“Before Basque blood was studied as a key to their origins, several attempts were made to analyze the structure of Basque skulls.  At the beginning of the nineteenth century, a researcher reported, “Someone gave me a Basque body and I dissected it and I assert that the head was not built like that of other men.”

So, when do we get to know the truth, the whole truth, and nothing but the truth, about human evolution?  Maybe never.  Or, maybe next year.  😉

Note that, if big government and big pharma, for their own selfish control reasons, were not trying so desperately to learn all of our human DNA structures, I would likely be suggesting that we all go out and have our DNA tested in order to help the research and ultimately learn the real pathway to our own ancestral roots, but they are, so I don’t.  From a genealogical perspective, I suspect we can learn what we need to know in our own private searches for our own ancestral past.