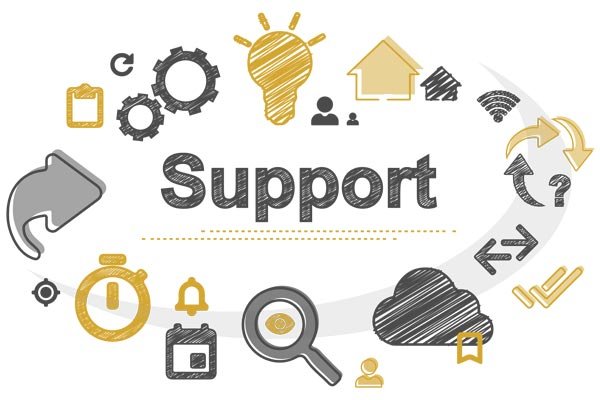 You Want Me To Support The Plan? Really?

You Want Me To Support The Plan?  Really?

Some supporters of some parts of government (like Trump supporters) want me to support ‘the plan’ – whatever the hell that is.  Perhaps I would, if I knew exactly what ‘the plan’ was, but I don’t, so I can’t.  Governments, like all crime syndicates, operate largely in secrecy, we all know that.  How can I support what I am not allowed to see and understand?  On a personal level, I don’t always judge, but when I do, I judge people by their actions, not by their ‘plan.’  Plans are largely useless unless ‘the plan’ becomes real and put into practice.  I look for truth and for reality, and yes, I am invariably at odds with the sociopaths and psychopaths who run many things in our lives.

Sadly, what I see happening in 2020, is the state and federal governments aligning themselves to shut down the country and help make the uber wealthy even richer and more powerful.  I don’t see government limiting or stopping any of its oppressive and forceful controls over us.  I don’t see federal agencies like the DHS being shut down.  I don’t see laws being rescinded.  I don’t see the police being disarmed or shut down, and, in fact, I see the police (or should I call them plantation guards) becoming more controlling and more tyrannical.  And, also sadly enough, I still see no crime lords being publicly arrested and prosecuted, and so, in my own view of government, it is still nothing more than a well organized crime syndicate.  And yes, it appears that we still have a totalitarian plantation system of control installed over us, implemented by those criminal control freaks who want to control others.  Screw all that.

At some future time when I see government, at all levels, publicly, openly, and honestly, removing its blatant and criminal support of political zio-nist causes (like military is-rael, the war mongering neocons, the banksters, and Wall Street crime organizations, the UN, the CFR, AIPAC, etc.) and all of the totalitarian police controls over us, then maybe I will start to pay more attention and maybe even support some of the efforts being used to assure our individual freedoms and liberties.  But, until then…

“The worship of the state is the worship of force. There is no more dangerous menace to civilization than a government of incompetent, corrupt, or vile men. The worst evils which mankind ever had to endure were inﬂicted by bad governments. The state can be and has often been in the course of history the main source of mischief and disaster.” ―  Ludwig von Mises

The world’s greatest threats right now, in my opinion, are the uber wealthy and powerful individuals and organizations that selfishly control many western countries to the detriment of all life on earth.  Right now, I don’t see many, if any, services and support for the 99% of humans or other life forms being made by western governments – all I see is oppressive controls over the people.  And the human rulers want everyone to be vaccinated and made (i.e. forcefully made) subservient to a new and expanded ‘one world government?’  Really?  Screw all that.

Regardless of how you view humanity, whether you view humans as being different and individual humans, or as being ‘sheep’ following someone else’s orders, all humans need the freedom to voluntarily select their own pathways in life.  Any government’s forcefully mandated pathway of life is horrible and very destructive – I hope we all can see that by now.  Big government, like all big organizations, can’t even control its own actions, let alone control the actions of others.  Government IS invariably and universally the human problem, and is not ever the solution to our own individual problems.  Governments invariably hate the individuals, and it loves the groups.  If that sounds communist to you, then you are one of the clear viewers of life.  And while my criticism of governments may appear harsh, I believe it is based on some serious amount of reality, perhaps a reality only seen by some, but it is still there, nevertheless.

And, for the record, government, an involuntary human control system that supports the plantation rulers, is NOT god, nor can it ever be god for everyone.  Government serves the rulers, not the slaves.  And note that even human religions cannot speak for, or represent, everyone, and that the religion(s) that preach(es) that their own followers are gods and that the rest of us are mere cattle, must be shut down, as they breed control over others via fraud and deception.  Screw all that.

The present pyramid system of human controls needs to be completely inverted and the people now at the bottom of the pyramid (the 99%) need to be free to live their lives as they see fit and to rule over the uber wealthy and powerful who have stolen seats at the top of the pyramid.  And, no, I don’t expect that the present human controllers at the top will ever voluntarily give up their wealth and power – all that will probably have to be wrested from their hands, maybe even their ‘cold, dead hands’ (thanks for that phrase Charlton Heston and  Citizens Committee for the Right to Keep and Bear Arms (CCRKBA)).

What I am suggesting is a ‘system’ (really a non-system) in which we are all treated like adults and allowed to freely pursue whatever pathways in life we see for ourselves.  I recognize that it takes a long time for human animals to mature into adulthood, sometimes 40-50 years, and that along the way we screw up and make many mistakes, sometimes horrible mistakes.  But, to me, all that is OK, and is as it should be – humans should be allowed to ‘grow up’ and develop their own individual wisdom for their old age.  But, the governments that I have seen in operation during my own lifetime seem to want their human ‘subjects’ to remain adolescent and dependent on big daddy government.  Really?  Screw all that.

However, and in spite of my apparent pessimism and my own negative reporting of life in America, I am a glass half-full guy.  I have great hope for humans and the rest of life on earth.  I don’t see life as ending, except perhaps on an individual level.

“To be hopeful in bad times is not just foolishly romantic, it is based on the fact that human history is a history not only of cruelty, but also of compassion, sacrifice, courage, kindness — and if we do act, in however small a way, we don’t have to wait for some grand utopian future.  The future is an infinite succession of presents, and to live now, as we think human beings should live, in defiance of all that is bad around us, is itself, a marvelous victory.” —  Howard Zinn

Isn’t that a wonderful view of life?  Can’t we all simply recognize the evils in life and still act on our own to be our own personal best?  Can’t good people eventually overcome the actions of evil people?  Aren’t there more empaths in life than sociopaths?  Can’t we give to others more than we take from others?  Can’t we live outside the control of the evil basturds we see in life?

Can’t we all first do no harm, and then treat others as we ourselves want to be treated?

Have a nice day, and think of ways we can openly and honestly improve life on earth.  Improvements are always done by us, on an individual level, and are rarely done on a group level.  Individuals rule!