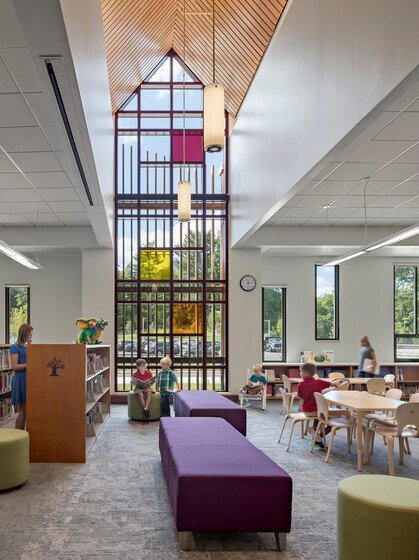 Let’s talk about Sandy Hoax for a moment, shall we.  Because of the criminal interlinking between big money, high tech, the media, the crimes syndicates in Connecticut and in DC, I will be careful with my wording and spelling, not wanting to be picked up by the high tech text scanners, or by other evil sources.

There are now a few books that have been published that describe the 2012 hoax in detail, and the above referenced interlinked crime organizations have done their best to keep the facts from being readily available to the public for review.  The government has to protect (i.e. hide) its own crimes against the people.  But, you already know that, right?

The sandy hook False Flag Attack (FFA), and/or psyops event, occurred on December 14, 2012.  No one died at sandy hook.  Evidence shows us it was a fake event, created by government in an effort to put more pressure on the American people to disarm themselves by showing how evil guns are/were.  Only government should have guns, right?  In some respects, the event was successful, however, in many other respects, it helped open the eyes to the American people to the evil nature of the state and federal governments.

In an effort to try to justify its treating the American people as the enemy of government (once again), the federal government passed the Smith-Mundt Modernization Act of 2012 (SMMA) in 2013.  So, because of the timing, Sandy Hook was not covered by the SMMA, and is/was still an illegal op perpetrated on the people by state and feral governments.  The SMMA basically allows the government to ‘legally’ treat the American people in the same hateful and evil manner that the government treats its foreign enemies.  Yes, that would imply that since 2013 we are all now Palestinians.  Fun, eh?

One of the banned books about sandy hook was written by Jim Fetzer and Mike Palecek and is entitled “Nobody Died at Sandy Hook.”  Published in 2015, it is a meticulously researched and detailed explanation of the gritty details of sandy hook.  Jim Fetzer has been attacked many times by one of the alleged parents of a child who allegedly died at sandy hook.

Interestingly enough, I had obtained Fetzer’s permission to upload and make available the book in PDF format for my own Highlander.com visitors and subscribers, and I too, was attacked by the organized crime syndicate.  Allegedly, one specific photo included in the book, on page 123, was copyrighted by one of the alleged parents of an allegedly dead child, and my website service provider was alerted to the situation via a formal DMCA complaint.  Really?  At any rate, my service provider told me to take down the book or they would take my website offline.  Really?  WTF, mate?  Give me a break – I’m a long term customer.  That doesn’t matter.  We’re in charge, not you, and no, you can’t speak to an attorney about this complaint.

I have spent a few years deeply immersed in the intellectual property world, and so when the Connecticut perp provided a copyright ID (copyright office registration # VA1950355), I followed up and tried to find the alleged copyrighted photo.  I was unsuccessful.  There was apparently no copyright record associated with the perp’s photo.  So, his claim was a fraud.  However, in the interest of being a sycophant to criminal behavior, Highlander’s service provider didn’t care, and I was forced to take the book down.  A sad day for freedom of the press, eh?

I discussed the copyright issue with Jim Fetzer and we both concluded the claim was bogus, but, in reality, has ‘bogus’ or ‘fraud’ ever prevented government from doing what IT wanted to do?  I suspect not.

The second book is equally good, and it is entitled “A Citizen Journalist’s Exposure of Sandy Hook,” by Stephanie Sledge.  Maybe this book is better because it is still available for online purchases.  See:

“This book releases information into the public domain to provide a greater understanding of a central evil plot against America, which has greater repercussions for Americans than most can foresee. Repercussions that the Founding American Forefathers warned might besiege this Great Republic if the people failed to recognize that evil would always be lurking in the background – waiting for the perfect moment to peel away our freedoms and the God given rights enshrined in the Constitution for the united States.”

I didn’t start this post as a means of promoting any books.  I was thinking about how the events in America since 9-11 have simply gone downhill and in a quite dramatic manner, and sa-ndy hook stood out as one of the worst.  But of course, the year 2020 will likely shine as a more horrific year in American history.  Sandy Hook also stood out because of its huge cover-up attempts by the criminals in charge.  But, then again, is the Sandy Hook’s government cover-up any worse than say, 9-11, or the current cv-19 medical plandemic?

The Chinese have a curse that I refer to on occasion, namely “May you live in interesting times.”  I suspect that we live in ‘interesting times’ and I find these times are so mentally challenging, I get exhausted just thinking about the plethora of negative current events.  Whew.  Where are my comic books when I need them?  First the fake covid plandemic, and then the race riots.

America has been successfully divided by the shadow rulers of America, and boy, is the country suffering.  I’m concerned that, inasmuch as years like 1913 and 2001 were critical years in American history, 2020 may be the year in which America falls.  On that, I hope I am wrong as is possible, but rapid change, like Mary Poppins sudden appearance, is in the wind.  I hope the youth of America is ready for their greatest challenges, because I am ready to pass the baton.