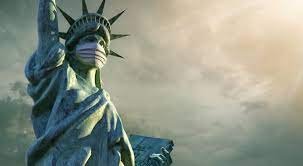 Will America Be Able To Experience Freedom Again

Will America Be Able To Experience Freedom Again

I wonder about things like this all the time.  Is the solution to the problem of government slavery for the people to kill the plantation masters, or simply to dissolve or otherwise destroy the plantation?  Is the problem the humans or the system of control?  Can the people control themselves, or do they have to be controlled via force and violence?

I suspect the questions about government will always be associated with the size of government and thus the amount of government’s sociopathic controls over its own people.  Government separates itself from other social organizations by being a proponent of secrecy, and force and violent controls, not a proponent of voluntary and mutual agreements among well informed and consenting adults.  In fact, aren’t all wars started by governments?  Have a group of neighbors ever gotten together and said – ‘let’s attack this other neighborhood?’  I don’t think so.

Yes, there have been the Hatfields and the McCoys (who fought each other during the period 1863–1891), but that was a truly localized situation and initially caused by the effects of the Civil War.  Was their solution to their own problems any of our business?  Did their actions amongst each other harm us?  Should we have regulated and controlled them simply because they choose a non-standard way of living?

In America in 2019, we have a huge government control-freak problem, specifically us being controlled by a small group of sociopathic global elites who choose to remain hidden from our views.  Gradually, they are being exposed to us, but will we ever get to see the whole truth about them?  We do know this organized crime syndicate believes in fraud and deception and hates the truth, hates being exposed for what they are and for what they do, and we know they do kill the truth tellers and others who try to expose them.  They are a very deadly crime syndicate.  And no, they never want to take responsibility for any of the death and destruction they cause – it’s always someone else’s fault.

In fact, in America, largely because of this centralized gang problem, we have devolved from being the United States into being a single tyrannical and oppressive United State – a totalitarian police state.  For those of us seniors who have known America in freer times, this is a sad observation to make.

I suspect the only viable and possibly peaceful way to break up this centralized crime syndicate is to divide up the single United State into many smaller pieces, many independent and sovereign states.  If the present 50 US states were still sovereign, and were not connected with, and controlled by, the same centralized criminal gang elements found in DC and in Langley, we could simply restore the fifty smaller countries (aka states).  But they are not, so we can’t.

However, in the United State, the modern American people are overwhelmed with controls by several levels of government, and we no longer have a place in America that is free of the DC centralized controls except outside the normal control areas of society.  We have no freedom from centralized government tyranny, and we have no choice of where to go to find freedom in social America.  Freedom is gone for most of us.

NH is perhaps the most consistently free American state and much of the reason for that freedom is the fact that the state legislature is so large (400 state reps), and in spite of the invasion of the Massholes in recent decades, NH is consistently found in the upper ranks of the free states.  I wish NH continued success.  Live free or Die!

But New Hampshire’s success does raise the possible solution to the problems of BIG government, of BIG business, of the BIG military industrial complex, and all of the other BIG problems in America.  Break up everything BIG into smaller pieces and don’t let anything or any group of social misfits ever again centralize control over the people again.  Destroy the roots of oligarchy.  But, how to do that…

How about this?  We have 3,141 counties in America, each with its own existing government function.  What would happen to centralized control problems if the United States were to evolve from 50 controlled subject states into 3,141 sovereign states?  Would that frustrate the efforts of the NWO crowd?  I suspect it would.  Could the elites control every single county/state in America as they now control the fifty states?  I suspect it would be a much tougher job.  But, that’s a good thing, eh.

Think about it.  3,141 sovereign states, each with its own set of rules and being allowed to develop as it wanted – no central controls from DC.  In fact, if there were still a US Congress, it would have 3,141 members, all of whom would all be funded by their own states, not funded by DC.  Would that freedom from centralized legislative and financial controls provide Americans with a better choice of places to live and raise their families?  Would these smaller states be more representative of their own people?  I suspect so.  Would you rather live in a libertarian state or a police state?  Your call.

We all certainly have more personal interactions with our relatives and our neighbors than we do with government wankers living and working 3,000 miles away from us.  In fact, if big states like California were broken up into independent and sovereign counties, the rural communities could live as they chose, not as Sacramento mandated.  Wouldn’t that be good for all Californians?  And, yes, let the big cities solve their own problems, free of centralized DC controls.  Why should you care what they do unless you live there, but then again, if you are uncomfortable, you could move to a better state.

And, in fact, if you look closely, most companies help their communities more when they are small than when they grow into huge conglomerates.  Look at how Google, YouTube, mainstream media, banks, local businesses and other entities have become more control freaks than service providers as they grew larger.  Is everything big bad?  While this may be a good vs evil question, it does appear that small local businesses serve their communities much better than do large businesses.  The movie, “It’s a Wonderful Life” tells us that same story.

So, if big is what the control freaks and mental midgets look for, let’s destroy what is big and return to smaller states and organizations.  What say you?