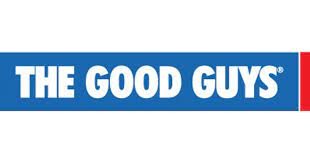 Time for the Good Guys in Government to ‘Man Up’

There is a FaceBook meme floating around that suggests obama should resign. In my opinion, that will never happen, if for no other reason than the fact we are dealing with a feudal system of government, foreign controlled, and designed to enslave and control the American people and to milk them of their wealth and productivity. Such forms of control never back down voluntarily – they have to be forced out of control.

Perhaps the best solution for all Americans (in my opinion) would be for an actually honest legal component of the federal or state government (if there is one left) to arrest and bring to trial the parties involved in the illegal elections in 2008 and 2012 of the obama administration (that would include both Dem and Repub party participants, as well as people like George Soros), declare the elections in 2008 and in 2012 null and void, and also declare that any persons brought into, or hired into, the two illegal administrations are under suspicion of having committed crimes against the American people.

In parallel with this law enforcement effort, and on the same day, seize all of the financial and physical assets of all the indicted and/or arrested parties involved, to be adjudicated at a later time. Remove ALL Israeli dual nationals from government and dissolve all foreign and un-American lobby groups from U.S. soil, and that would especially include AIPAC and the CFR. Remove the foreign owned and Zionist controlled FED banks from U.S. soil.

Have the state governments set up a time-limited interim and operationally limited confederated government, composed of verified natural born American citizens only, that will represent the states in their international dealings with foreign countries, and to deal with all of the previously enacted crime syndicate legislation – legislation like obamacare.

Have the Treasury immediately restart printing U.S. Treasury Notes that had been previously printed by the FED and thus allow for continuity of the money system until the states decide how they want to manage the flow of money in America. Have North Dakota resume clearing house banking transactions for the states, since it is the only state to have the ability to replace the FED at this time.

On the day that these events happen, the airlines and military transports will be filled with current and former government employees and other aliens and miscreants heading to foreign countries, especially to those countries with no extradition treaties with the U.S. Note that Israel will generally not extradite a Jew (or Zionist) back into the United States, and I suspect most planes would be heading to Israel.

Now that the NWO and Zionist controlled federal regime has basically been disarmed, have the state residents and governments decide if they want to have another confederated federal government, or if they want to replace some of the federal functions at the state level. And while these discussions are going on, have the state governments run things for the states and for their own residents. And, yes, there will be chaos for a while, but so what. Chaos is better than abject slavery of the American people to a highly organized and foreign controlled ‘federal’ crime syndicate, and we do have fifty backup state governments already functioning.

Having suggested all of this, I should note that I don’t believe that we are dealing with an American federal government, nor do I believe there are any honest and American legal agencies or components of the federal government left in America, so this series of events will likely never happen. Which will leave the ultimate solution of closing down the federal crime syndicate up to the American people, and you can forget about trying to solve the slavery problem via federal elections – that will just never work.

So, my simple questions remain – why the hell aren’t the state governments doing this crime clean-up job en masse? And, because of the inaction at the state level, are the people to believe the state governments are ALSO a major part of the slavery problem for Americans? Do the people have to rebel and dissolve ALL forms of government in order to cause the changes necessary to remove their own slavery? Is/are there any component(s) of ANY government left that still represents the interests of the American people?