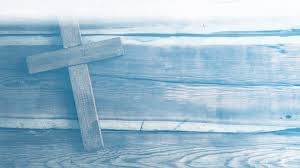 I am continually amazed and dumbfounded by my own recognition that there is so much to be learned in life and that I know so little about so much.  I suspect we are all inundated with current and local information concerned with how we must live and thrive in our own modern lives, and maybe it is only because I am now retired and my family has grown into adulthood that I now am able to see things I never saw before.  But that’s not the question.

Because of all the destruction going on in the world, both here and elsewhere (especially the Middle East), we Americans now get controlled media reports on most world events.  As investigative journalists and whistle blowers will attest, however, we have been lied to and deceived for decades, and events in the Middle East are not covered truthfully or adequately by the mainstream media.  So, how do we learn what is actually going on elsewhere in the world?  I tend to look at things historically when possible, and try to see changes from ages ago to the present.  That helps a bit, but recently, a new door of interest and value has opened to me, and for that I have to thank Netflix.

As an aside, one on the handicaps to being brought up in a religious environment is that the religion you follow forces you to be indoctrinated in your own religion to the exclusion of learning about other religions and other cultures.  Such was the case for me.  I was raised Christian, and until recent years, I knew nothing about Judaism, or Islam, or any of the other popular religions.  I was pretty dumb about many religions, of that I’ll have to admit.

For example, my recent decade of awareness of Judaism came about courtesy of a Jewish attorney friend, who, over the course of a couple of years, helped me learn about and understand Talmud Judaism, Torah Judaism, and political Zionism.  What a mind blowing exercise that was for this Goyim!

Then, about a year ago, I watched a series on Netflix entitled “Behzat Ç” about a rough, violent, and morally ambiguous police officer who is the head of the homicide department in Ankara, Turkey.  This may have been my first non-Hollywood introduction about modern life in Turkey.  I was interested in the series because it’s a foreign cop/detective show, happening in a country in which I knew precious little, and I wanted to compare Turkish police activities with American police activities.  This may have also been my first video intro to Islamic controlled society, and I found it very interesting.  Was it true to life?  I suspect much of it was.  The series ended and I moved on.

Then, about 5-6 weeks ago, I started watching another Turkish TV series entitled “Resurrection: Ertugrul,” a Turkish historical fiction and adventure television series based on the history of the Muslim Oghuz Turks that takes place in the 13th century.  This series shows the roots of the Ottoman Empire, so it is very interesting to historian me, to say the least.  Wow, both history and foreign culture!  Great mix, eh?

As background, in response to the 13th century Mongol invasions, Turkic tribes fled from Central Asia and other places.  The Netflix series describes the Kayi tribe, one of the Oghuz Turkic people, who settle in Anatolia, Turkey (also known as Asia Minor).  And that’s where the fun begins.  The nomadic Kayi Turks are forced to fight against the Christian Crusaders and against the Mongols.

Now this is not a short series.  There are several hundred episodes in five series.  So, watching all of the episodes (40 minutes each) takes time.  But for me, the forty minutes per episode pass away in a very short period of time.  I’m hooked and am now in series three, having watched over 200 episodes.

What is there about this series that’s likable?  Interesting non-American (non-Hollywood) stories, played out in detail by good actors and with great attention to detail.  Costumes are great, the nomadic villages are great, and there is a lot of action, compelling action (to me anyway).  There are also the ‘good vs evil’ challenges in every single episode.  All of this helps me watch Islam in action, and thus, I learn.

How accurate are these stories?  I checked with online Encyclopedia Britannica and found the names, dates, locations, and events all tracking the series stories.  In fact, each episode starts out with the script message ‘The stories and characters depicted here were inspired by our history.’  I suspect this statement is true.

All of which helps me like this series more because it also helps Turkey maintain its own history, something the great destroyers want destroyed in favor of their new, dysfunctional, one world government.  In fact, I would like to see other countries create historical series that accurately and truthfully describe their country’s early history.

What, for example, was continental North America like in the 13th century?  Do we know enough to write a series that describes America’s life and culture before the Brits, the French, and the Spanish landed?  What about Central and South America – can we do it for them also?  And I don’t want any Hollywood crapola, just serious history videos told in the same, or similar, story theme style as was done for “Resurrection: Ertugrul.”  Can we do that?  Are we that good?

Can we pay better attention to where we came from, and let that information help us understand ourselves and our ancestors better?

That’s the question for today.