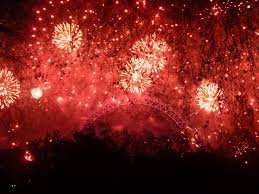 Happy New Year everyone!  I hope that every one of you enjoys much success this year, in spite of the really seriously encroaching police state that is enveloping us all.  My only suggestion is to resist, resist, and resist some more.  Resist until the totalitarian regime either backs down or is destroyed because of nullification by the people.

In that light, I thought you-all might enjoy reading my letter to the City of Denver this morning.  These mindless bureaucrats are hopeless, in my opinion.  They fight over every cent they can extort from the people.  Anyway, here’s what I will mail out to them via certified mail tomorrow.  Have fun.

I appreciate the fact that you took the time to respond to my appeal to have this parking ticket fee abated in an unsigned letter dated December 14, 2018, but I’ve now reviewed the case one more time, and I am not pleased, nor am I willing to voluntarily comply with your demands.  Let me recap.

The unsigned parking ticket referenced above was issued by meter maid W. Kendrix at 9:03 p.m. on December 5, 2018.  I responded with a clear and plainly stated letter describing my position in this case on December 7, 2018.  In my letter I stated that I had tried unsuccessfully to use a credit card to pay for the meter time I was parked.  I asked a local security guard if he knew why I was being unsuccessful, and he told me the meter was broken.  So, now my dilemma – either leave the parking space to find a space with a working meter, or stay in the space.  Since it was after normal working hours, and since I was causing no one any harm or loss, and since there was no city cop or meter maid available to ask, I decided to stay in that space.  I returned later to find my truck had been ticketed.

As a side inquiry, where did the meter maid park his/her police vehicle while giving me my ticket?  Did the meter maid park legally, or are only non-government wankers forced to park legally?  Is the City of Denver some sort of plantation where the government fills the role of plantation master and the people fill the role of plantation slaves?  Why are the people of Denver being treated as subjects, rather than masters?  I thought we got rid of English rule in the 1770s.  Whose rule do we operate under in 2018 and 2019?  And in your answer to that question don’t try to insult my intelligence and tell me you are doing what the people asked you to do.

In your unsigned letter to me dated December 14, 2018, you stated “the court determined the citation(s) are valid.”  Really??  That statement is an obvious lie, and that lie constitutes fraud on your part.  Whoever you are individually, you know very well that no court has ever even looked at this case.

Your letter goes on further to threaten me with police actions (that’s a threat of using force and violence against me) plus adding additional fees and penalties to the bogus charge if I refuse to play your silly extortion game.

What is wrong with you people?  Have you no common sense?  Must you consistently lie and threaten me with force and violence if I object to what I consider a bad charge against me?  Who works for whom?  Are you assuming the role of my master simply because you have an armed police force to threaten and/or harm me and because I pose no physical threat to you?  Show me where I have injured or harmed anyone in any of my actions.  For the record, I have not.

Show me where the city expense of defending itself against my objection to this ticket is worth more than $25.00.  Show me where you are serving the people of Denver by your ongoing actions against me.

In some ways, I should thank you for sending me the letter dated December 14, 2018.  You have revealed your unconstitutional and probable illegal abuse of power against me.  For the record, I do not voluntarily comply with this bogus charge and penalty.  Having said that, I also do not wish to spend any more time resisting your attempts to extort money from me.  This game has gone on long enough.

Enclosed you will find my personal check in the amount of $25.00 to close out this matter.  Let’s see how the city financial office and the bank deal with this.

And yes, the check was signed ‘Under Duress, signature.”  In my opinion, we all should go right back at government every single time it comes after us.  And screw all of the government wankers if they don’t like my attitude – they draw first blood every single time.  They are the oppressors, not us.  We have been declared the enemy by them – we have not yet declared government the enemy, although maybe it is time to do so.