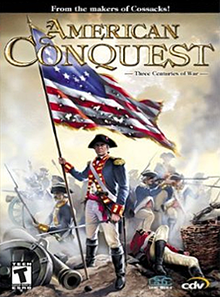 Americans are having a huge problem with their own state and federal governments these days, largely because the states do not protect their citizens and the feds no longer abide by American law or international law. The feds now represent a foreign and enemy force that attacks everything American. We should observe, however, that this has been a gradual problem that has happened to us, and that we are not the only ones suffering under pressure from control of the international crime syndicate in Washington. The rest of the world also suffers under our federal government’s lawlessness, and boy, are they getting pissed. What America used to represent to the world was a shining beacon of hope and opportunity, but today we represent the death star. Nice going federal and state governments – you screwed the pooch on this one chance you had at doing the right thing. Should we give you some sort of academy award for a job well done? Naw, I don’t think so.

Now we Americans are obliged to consider what caused this shift from freedom loving Americanism into police state totalitarianism? I would point the finger directly at our own sociopaths inside government, at the infiltration of our government by Israeli dual nationals, and by the Zionists banking system that we allowed to creep into our country during the black year of 1913. Let’s face it – we have today become the enforcers of the Rothschild banksters and the military arm of the Israeli government. Pretty slick, eh? A huge, powerful and prosperous country being taken over by a single small group of criminal elites? America used to be powerful and we used to be prosperous. We used to help people. We used to do grand things for the world. Today most of our wealth has been stolen from us, and our people live largely in poverty, and we survive at the mercy and handouts of our own lawless government. We are no longer a free people. Our country no longer contributes to the well being of the world – we are now the world’s police force, living and practicing force and violence on the rest of the world. Nice, huh?

So, is my observation accurate? Have we become a conquered people – have we become a police state? Or, am I all wet? Do our state governments still actually protect us today? How about defending our freedoms and liberties? Do the state governments actually do that function any more? Maybe some states, and to varying degrees, but we are clearly not a free people any more. How about the feds? I’m referring, of course, to the same lawless feds who spy on us, who attack us for growing our own foods, who spray us with chemicals and feed us poisonous foods, who poison our air, control our weather, and who supply our local police with military grade weapons systems and training. Those feds.

Police brutality in America is screaming for our attention because of its rapid rise. Officer Friendly is no longer our friend. People are now no longer calling the police for help, largely because the police often simply kill us rather than help us. Where did this force and violence against us by our own protectors come from? Our local cops are looking more like Israelis attacking and killing the Palestinians than they are looking like our neighbors. Our police beat us, they steal from us, they arrest us, and they kill us. I would suggest that our police are no longer our own police. Could the Israeli training of our local police, the military arming of our police, and the Zionist controlled media and government be the source of our problem? Let’s face it, the Zionists are not big supporters of the rule of law – they lie, they cheat, they steal, and they murder, at will. Under Zionist control, what else would we expect?

I realize I’m touching the third rail again by broaching this subject in this way, but it appears to me, this humble American student of life, that our country is no longer American. We have been taken over by foreign forces, and we will continue to suffer mightily until we either restore our own country and our own way of life, or until we simply dissolve and destroy the crime syndicate that now controls us.

It is my opinion that we need to remove the criminal fraud and usurper from the white house, restore the state’s sovereignty, remove the foreign interlopers from our government and from our banking system, and restore our own country to its lawful, constitutional roots. If we don’t do these things, then we will see the end stage of our own ’empire’ and it will happen during our own lifetimes. The rest of the world is pissed off at us and at the Zionists who control us, and if we don’t successfully clean our own house, the rest of the world will clean it for us. I, for one, don’t want anyone but us to clean up our mess. This is our job.

This lawless elitist controlled totalitarian regime bullshit just isn’t working out very well for anyone, especially for us. It is time for the control freak criminal elites to be put out to pasture, and for freedom and liberty to reign once again in America.

Have a nice day, and think American, will you. We are Americans and we are humans, and we need to start acting that way once again.