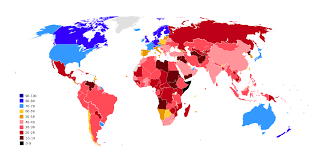 Who is Responsible for Corrupt Government – the People or the Criminals?

I was OK with the idea of a central government when it was still doing some good and not openly attacking American citizens, our freedoms and liberties, our culture, and our system of laws. Once that started, I looked more closely, and discovered that having a central government is meaningless if it’s primary purpose is not to defend and protect our country, our culture, and our system of laws.

And, like all double edged sword topics, once my questions began, my answers led somewhere the criminal miscreants didn’t like or want. Well, tough shit. I now challenge the legitimacy of the central government, Comrade. I challenge the very existence of the central crime syndicate in Washington.

Check out this exchange of thoughts between me and Eric Karr regarding holding the crime central U.S. government liable for their criminal actions against America and against the rest of the world. (May 8, 2014)

John Sutherland: We’re only responsible for their actions [government employee actions] as they comply with our Constitution and our system of laws. The criminals are personally liable for their crimes if the crimes are performed outside their job descriptions and in violation of their oaths of office.

Eric Karr: that’s one interpretation but under an ‘agency theory’ where the principal is liable for the torts and crimes of the agent committed in the course and scope of their employment/relationship, it’s arguable we’re responsible. Obviously we’re responsible for keeping an eye on our agents and prosecuting or prohibiting them from committing crimes and torts. On that theory, I could see us being civilly liable for money damages, compensatory damages. However, since we arguably did not have actual knowledge of their crimes, it’s arguable that we’re not criminally liable because we don’t have the requisite criminal or evil mind. No doubt the government does, though. Lol and then there’s the whole thing about the press screwing us out of the truth, and either cooperating with, or being blackmailed by, the gov.

John Sutherland: You raise a good point when you broach the subject of agency. It seems to me that when an employee voluntarily and unilaterally breaks his contract (agreement) with his employer, and works for himself or some other employer, all actions performed outside the original employer agreement are not performed as an agent of the employer, but are actions of an independent or of an alien agent. This would imply that the employer is not legally responsible for the employee’s actions.

In our case, that would lead us into the discussion of treason. IMHO.

Eric Karr: I understand your argument but since we the people did not withdraw from the agency relationship by giving the world notice that our government no longer represented the people, you may have a problem with your thinking because the rest of the world would not be viewed as having that notice just because the us gov arguably violated its constitutional duty since they’re arguably not privy to this contract. many times even though the employees act does not benefit the employer, just because the employee thought he was benefiting the employer (the nation) or it appeared he thought he was, is enough assuming the act occurred in the course and scope of employment, i.e., during work hours, or had some other connection to the employer, such as took place at the place of employment, or used government property, etc…. and as far as treason is concerned, that’s between us and our government, and the world holding us civilly liable for our government’s crimes would not negate our ability to sue our government officials (including former ones) for their personal assets to reimburse us for damages paid to the rest of the world. and of course, the treason prosecution is not mutually exclusive of this. we could take the official’s assets and try him for treason. i doubt the rest of the world would be as big on holding the american people totally harmless on a negligence theory, but this is a touchy subject and i could argue both sides. but, since it would be tried in the world court, i prefer the argument i’ve made, lol that we aren’t criminally liable but may be liable for some civil damages on the theory that a reasonable person should have known (remember, the majority of the rest of the world arguably knew right away). obviously, i would not take this approach in a us court. but since most of the rest of the world hates us, i prefer my argument. but i’d expect all the money from the bush family to reimburse for everything and then some. Lol

John Sutherland: But I think you may be right when you consider intent. I consider every unlawful act by a member of government to be a conscious and malicious act. Otherwise, how would I ever hold them accountable.

John Sutherland: And, how low in popularity and/or approval rating does a government have to be before it is shown the people have withdrawn from their agreement with their government? 15%? 20%?

Eric Karr: if you can’t get them on a criminal theory because you can’t meet the burden of proof, try civilly w/ the lower burden: beyond a reasonable doubt (95% sure) v. preponderance of the evidence (51%). and the approval rating is not usable unless it is communicated to the world as a matter of fact under a pre-agreed upon method (letters sent to all govs, statements posted in all world newspapers etc..) as well as it having been agreed upon by us and the world as a declaration of the termination of agency (in which case arguably a 0% approval rating might be required). i just doubt that the world would let the us people off w/o any civil liability. to the extent they could not get the damages from the wrongdoers, you’d think they’d be able to be made whole by coming after us, because who else could they go after. who else has any measure of culpability.

And that, ladies and gentlemen, may be the summary of how we are screwed, or how we can get rid of this enemy crime syndicate in Washington. Something to think about, eh?