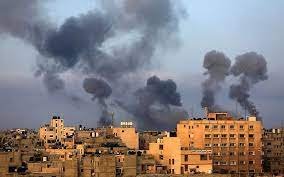 It would appear that the israeli military does not abide by any lawful agreements with any country, especially when it comes to controlling the people in whose land they are occupying.  Can the US be far behind in this international lawlessness?  Oh, wait – the US is in the lead when it comes to international lawlessness.  Gee, I almost missed that one.

I’m pretty sure this is one of those articles that would not be allowed to be posted on FaceBook.  But it is OK on Highlander.  Enjoy.