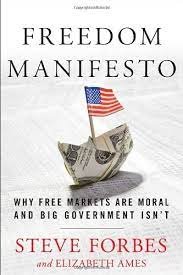 Freedom from Big Government and from Big Business

Some people believe we can simply fix our problems with the criminal and corrupt governments that we have. I disagree. I think we have gone beyond fixing – now we need to purge.

Today’s problems are as bad as they are for the people because businesses have become huge, and now have a multinational presence – they have no local loyalty. If an area doesn’t suit them, and they can’t buy the local support from government to do what they want to do, they move.

There are theories, probably accurate theories, that we were never a free country. The Europeans kept their fingers in our affairs, especially the banks. Today we are controlled by the banks, the internationalists, and the new world order elites. Our big government is controlled by big banks and by big business. Members of our government have provided the doorway that allows Israeli dual-nationals to infest our federal government, and as a result, the Zionists generally run or control most of our federal government. What the hell is THAT all about? We let foreign interests control us?

But the states are largely standing down. Do they stand down because they no longer serve the people? Isn’t the first job of state and local government to protect the people and their freedoms? Why are our people today living in a veritable police state? Why do we have more of our people in jails than any other country on earth? Think about it.

If the state governments are no longer serving the protection needs of the people, then they too should be shut down. Look at the fact that northern Colorado counties are seeking their own statehood. Is that because the democrats controlling Colorado are still providing a useful service to the people? Hell no. Colorado used to be number 2 on the freedom index, and today it is number 19. It’s going down. What does that tell you? It should tell you that there is no such thing as a happy slave, and once someone thinks of themselves as a slave to someone else, they want change – they want their freedom.

So, freedom is what it is all about. I am of the opinion that anything big is bad, and that may be an accurate observation, because anything big has the power to control others as well as its own future. Big government. Big banks. Big pharma. Big military industrial companies. Big religious movements. Big crime organizations. Think about it. If it’s big, the chances are it is bad for the people. Big organizations are feared by individuals. People don’t like to live in fear. No animal likes to live in fear. Fortunately for the human animal, it has the wherewithal to change its environment – to control its own destiny.

Today we have the most corrupt and criminal federal government in the world. We’re the best alright – the best at being the worst. If you think we can just ‘fix’ this criminal cabal in Washington, good luck. I’m with the secessionists, as I would have been with the South during the Civil War. I want to nullify and shut down the federal government and all of their criminal colleagues. Take away the free lunches from the criminals and the multinationalists and the Zionists. Screw ’em all – I’m not here to be their slave, or to keep them living fat off my efforts. The elites are shit as far as I am concerned. They are too big and too powerful and have to be shut down or removed from society.

Have a nice day.