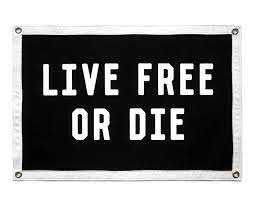 In 2020, humans live in an oppressive and police state controlled environment created by government masters and their sycophants in the banks, in big business, and in the media.  The rich and powerful created this system of human control – the people did not, nor did the people ever ask for such a system.  Life is difficult at best, and humans everywhere just want to be left alone to live their lives in peace.  The lawless ones in society are the crime lords inside government and inside government’s own rich and powerful shadow rulers, people just like George Soros and Bill Gates.

“The people cannot delegate to government the power to do anything which would be unlawful for them to do themselves.” — John Locke

Oh, wait – the people have never asked their alleged government representatives to do anything unlawful or unconstitutional, but then, the Constitution was drafted in such a way that the government wankers are and were allowed to do whatever the hell they wanted to do.  Public be damned.  The Constitution contains no solid, legal controls for government misconduct.

“But whether the Constitution really be one thing, or another, this much is certain – that it has either authorized such a government as we have had, or has been powerless to prevent it.  In either case it is unfit to exist.”  ―  Lysander Spooner, No Treason: The Constitution of No Authority

“The Constitution is an enabling document for big government. Much like the Wizard of Oz, the man behind the curtain is a fraud. In this case, for all the sanctimonious handwringing and the obsequious idolatry of the parchment, it sealed the fate of our liberties and freedoms and has operated for more than 200 years as a cover for massive expansion of the tools and infrastructure of statist expansion and oppression.” — Bill Buppert

So, are we finished as far as being a country based on individual freedom and liberty is concerned?  Is our society finished as a people’s republic?  Has the US government devolved into a completely totalitarian police state?

Who did the dirty deed of destroying individual freedom and liberty in the ‘land of the free and the home of the brave,’ if it wasn’t the people?

So, maybe the problem of masters and slaves has always been with humans.  If that’s the case, shouldn’t ‘we the people’ declare our own freedom and independence from rule by others?  Isn’t it time to tell the plantation masters that we are no longer their slaves?  Isn’t it time we shrugged off the self-defined master’s ill-intended education and programming, and simply stand on our own two feet?  Isn’t it time for us to tell government to get the hell out of our lives and to leave us the hell alone?

“We are, each of us, alone.  And this is the first law of masculinity.  And it is the most important law.  Your value is equal to the value which you bring to the tribe.  We are not equal.  You are not special.  Respect is earned, not given.  Your brothers will not love you unconditionally for who you are, just being yourself.  They will criticize you, push you to your limits, bring out the best in you, and give you their respect when earned.  And this isn’t shocking at all.  This is common knowledge to any man.  Your childhood is over.  The boy is dead.  It’s time to be a man for the rest of your life.”  —  Jack Donovan

“One of the most horrible features of war is that all the war-propaganda, all the screaming and lies and hatred, comes invariably from people who are not fighting.”  —  George Orwell, Homage to Catalonia, 1938

In 2020 the American people have had many wars declared on them by government masters, including the war on drugs, the war on terror, the war on poverty – all simply wars on nouns that have allowed the government’s creation of a militarized police state whose intention is to completely enslave and shut down the remaining few bits of freedom and liberty once enjoyed by the American people.  Who asked for that?

And today we Americans are shut-ins, condemned to remain inside our own homes by government edicts and threats of force and violence because of a government created ‘medical emergency’ – an emergency (the coronavirus) based on apparent fraud and being used to control us, and to distract us and keep us from learning what other controls being implemented by government and by the rich and powerful.

Freedom of speech and freedom of discussion is now gone, and is being shut down by big government, by big media, and by big technology companies.  Many zio-states and zio-cities do not allow Americans to buy guns. Are federal gun control laws far behind? Vaccinations are being created that we Americans never asked for or told government we wanted, and which will help seal our future as slaves to the zio-rich and powerful.  Fourth Amendment search warrants are now a joke and are no longer required by the police who now feel they are our bosses, rather than being our servants.  Our legal system is so unusable by the people, that the idea of fair and equal justice in the courts is another cruel joke imposed on us.  And yes, it appears the rich and powerful are above all American laws.

I often place blame for all of this government lawlessness on our shadow rulers, the rich and powerful men and women who swear an oath of allegiance and support for a foreign military regime known as Zionist Israel.  Israeli duals, people who have an ‘israel first’ mentality, infest our federal and state governments.  We are thus, no longer a country of free Americans – we have devolved into a corrupt police state controlled by ‘the great destroyers.’  Individual freedom and liberty is a thing of the past – it’s gone in America.

“We Jews, we the destroyers, will remain the destroyers forever.  Nothing that you will do, will meet our needs and demands.  We will destroy forever because we need a world of our own, a God-world, which it is not in your nature to build.”  —  Maurice Samuel (Jew), You Gentiles, page 155, 1942

Like all victims of the great destroyers, we never asked for their destructive controls over us.  And, we were certainly never asked.  They simply used their ill-gotten wealth and power, and their deceptive practices, to insert their lawless lifestyle and controls over us, our governments, our religions, our economy, our legal system, and our history and culture.  We are now an almost destroyed people.  But, we are still alive and vertical – for a while, at least.

Yes, humanity, including, and maybe especially people in America, need societal changes, but the changes we all need are not more police state controls, and certainly not a bigger and more oppressive zionist ‘one world government.’  Screw all that nonsense.

Humanity needs freedom and liberty for everyone.  Everything big needs to be disrupted and divided into small entities once again.  We need to grow up and mature as an animal species.  We need local controls in our lives, not worldly controls.

Live free or die.  That freedom rule is meant for all humans, not just the zio-rich and powerful.  It is meant for all of us.  I believe that individual freedom and liberty is something we can recreate everywhere, but we have to do it without government controls over us.  So, let’s get on with the task at hand, shall we.  We only have this one life to live.  Let’s just do it.