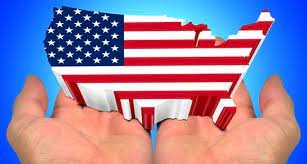 Many American multinational corporations, created by state governments, have found it is more financially beneficial for them not being tied to a high federal tax country like the USA, and so they have chosen to move themselves to more tax lenient countries. The U.S. government has no control over that exodus except to lower (or remove) federal corporate tax rates and/or loosen federal regulations. Gee – that’s a revolutionary thought. Remember, businesses are chartered by the state governments, and we should be asking why the federal government is involved in regulating and taxing businesses at all? Oh, yeah, I forgot – the erroneously interpreted ‘commerce clause’ and ‘welfare clause.’ Bad juju for the American states. Screw that. Let the states do the job.

As an aside, I see the huge multinational corporations (including, and maybe especially, the banks) being so powerful that they control our corrupt federal government, and THAT is a huge problem. In the United States, except for assigned constitutional duties, there should be no federal controls of the multinational corporations at any level, and we should just let the sovereign states create and control businesses operating within their states. That’s why we have sovereign states. Why should some companies like GE and Monsanto get a free ride from the feds? Screw that. That’s crony capitalism. Let the state governments control all corporations as they were intended to do in the Constitution. I can hardly wait for the one world government (sarcasm) – that will be one huge cluster f–k. No thanks – if it’s big, it’s bad. And that relates to government as well as to business.

As we know, corporations are market driven and profit driven. They will choose to operate in a country (or a state) where they can make a profit. For example, the southern (union free) states now have several foreign car manufacturers building their ‘American market’ cars in America. That’s a great thing for local employment, and the south does benefit greatly from these manufacturing opportunities. Having noted that, and largely because of unions, taxes, and regulations, many northern states (like democrat controlled New York) just don’t have a chance at competing against the southern states for manufacturing. Tough luck, New York.

So, the long term solution, in my opinion, would be to remove the federal government from the commerce equation and just let the states compete for the businesses they want to have in their own states. And, yes, this means removing the criminal federal agencies like the IRS, the FDA, the EPA, etc., from controls of corporations. Let the states do the job.

The federal government shows me every single day how unimportant and irrelevant it is for the future of America. It is Zionist controlled, crime ridden, too large, too controlling, totally unconstitutional, and it does nothing to help the American states or the American people. It acts like an enemy government, not an American government. Time for the states to resume control of their own destinies. The federal government, aka DC crime syndicate, has shown us it is a dismal failure.