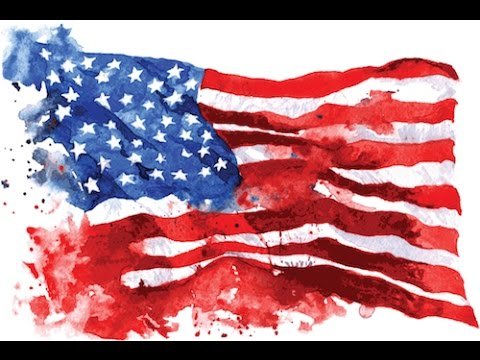 If you are into early American history, and are maybe trying to determine how we went from being a free people in a free country to an enslaved people in the abysmal totalitarian police state we find ourselves in today, Highlander now has several early history documents that are free to read online or to download as PDF documents.  Actually, the site now has hundreds of books and documents available to Highlander visitors and members.

The following books and documents are not listed in any special order.

“The materials for the following sheets were collected in the year 1782, 1783, 1785, and 1786; in which years, as a member of Congress I had access to all the official papers of the United States. Every letter written to Congress by General Washington, from the day he took the command of the American army till he resigned it, was carefully perused, and it’s contents noted.”  —  David Ramsay

David Ramsay (April 2, 1749 – May 8, 1815) was an American physician, public official, and historian from Charleston, South Carolina. He was one of the first major historians of the American Revolutionary War.

This is such an important history that it has been used as reference in one constitutional case that I am aware of.  The history actually covers the early periods of settlement of the English colonies in America up through the Revolutionary War.  This is a link to volume 1 of two volumes.

*** George Bancroft – History of the United States of America, Vol 1-6

Although George Bancroft’s famous ‘History’ is little read today, it was an important landmark in American historiography, and it remains valuable for its extensive use of source materials.  The History is violently anti-British and intensely patriotic and leaves no doubt that the author was passionately sincere in his devotion to democracy.  Acknowledged partisan that he was, Bancroft, the first American trained at Harvard and in the so-called scientific school of German historical scholarship, nevertheless insisted that his was an objective interpretation; the high praise his work won from the great Leopold von Ranke as the best history ever written from the democratic point of view annoyed as well as gratified him.  His literary style was sonorous and rather ponderous, although some passages still have an emotional appeal.  This is a link to Volume 1 of a six volume set.

The American Revolution entailed some remarkable transformations – converting British colonists into American revolutionaries, and a cluster of colonies into a confederation of states with a common cause — but it was far more complex and enduring than the fighting of a war.  As John Adams put it, “The Revolution was in the Minds of the people… before a drop of blood was drawn at Lexington” – and it continued long past America’s victory at Yorktown.  This course will examine the Revolution from this broad perspective, tracing the participants’ shifting sense of themselves as British subjects, colonial settlers, revolutionaries, and Americans.

Joanne Freeman is Professor of History at Yale University. Specializing in the political culture of revolutionary and early national America, she received her Ph.D. from the University of Virginia. She is the author of Affairs of Honor: National Politics in the New Republic, which won the Best Book prize from the Society for Historians of the Early American Republic, and the editor of Alexander Hamilton: Writings. Her current project is a study of congressional violence and the culture of the U. S. Congress from the 1820s through the Civil War.

This is a link to the course introduction video:

This is a link to the actual course transcript text:
https://highlanderjuan.com/new-web/wp-content/uploads/2019/01/Joanne-Freeman-The-American-Revolution.pdf

There have been three women who have inspired and promoted the real libertarian movement (the movement that teaches us the individual is of greater value than the group).

One of the three great women was Rose Wilder Lane, a twentieth century journalist, and in addition to helping her mother write the ‘Little House on the Prairie’ books, her big contribution honoring the individual was her book published in 1943 and entitled  “THE DISCOVERY OF FREEDOM, Man’s Struggle Against Authority.”  I own the book and have read it a couple of times, but recently learned the book is apparently open sourced now, so I’ve uploaded the PDF version of the book on to Highlander.com.  It is also available on a few other websites.

If you have not yet read this book and are the least bit interested in understanding the history of the world and what happened in America that started to change life for all humanity, this may be the book for you.  Interestingly enough, Lane was critical of the book, and that was in spite of all of the kudos she received for writing it.  I like the book, as it reminds me of how life works, and refreshes some of the ideas that help identify me as an American, and how different we are from some other nationalities.

Nothing in history, or on earth, is more valuable than an individual who knows that men are free. America began with a few hundred thousand of them. Only a few hundred thousand, then, but never before had individuals acted without a leader.  These first Americans did not need a Fuehrer. They had no use for a shepherd; every one of them knew he was not a sheep. He had learned what reality is, from experience.

As human material, they were nothing to brag about.  (My ancestors were among the earliest of them.) Successful, important, admired men do not leave home to vanish in a remote wilderness. The colonists were the rag-tag and bobtail of Europe.  No statue of Liberty stood in New York harbor, saying to Europe, “Send me the wretched refuse of your teeming shores,” but that was precisely what Europe sent.  Starving wretches lucky to escape debtors’ prisons, vagrants from highways and slums who sold themselves to slavery for years to pay for their steerage passage across the Atlantic, peasants shipped like cattle, shiploads of hungry women and girls without dowries, auctioned in the ports to settlers who needed Wives.

Perhaps of greater value to the family researcher, this is the original list of persons of Quality; Emigrants; Religious Exiles; Political Rebels; Serving Men Sold for a Term of Years; Apprentices; Children Stolen; Maidens Pressed; and Others who traveled from Great Britain to the American Plantations 1600-1700, with their ages, the localities where they formerly lived in the mother country, the names of the ships in which they embarked, and other interesting particulars.

Little could even the most sanguine of the early emigrants to America have contemplated the subsequent effect which their action would work upon the world’s history.  Some of them, it is true, were men of position at home, with wealth and all its concomitant advantages at their disposal, but by far the greater number was composed of comparatively obscure men—men of little means, but possessed of hearts and consciences of too honest a nature to permit them quietly to submit to the intolerance which was forced upon them at home. But those whose names are recorded in the following pages, with many others of whom no such minute particulars have come down to us, were the seed-grains from which the mighty Republic has sprung the rapid growth of which has no parallel in the world’s history. Colonization was but imperfectly developed in those early days, and many attempted settlements proved abortive; but the first settlers in Virginia, and subsequently those in New England, carried with them the elements of success, resulting in permanent establishments.

Well, that should get you started.  Let me know if these books are of interest and value to you.