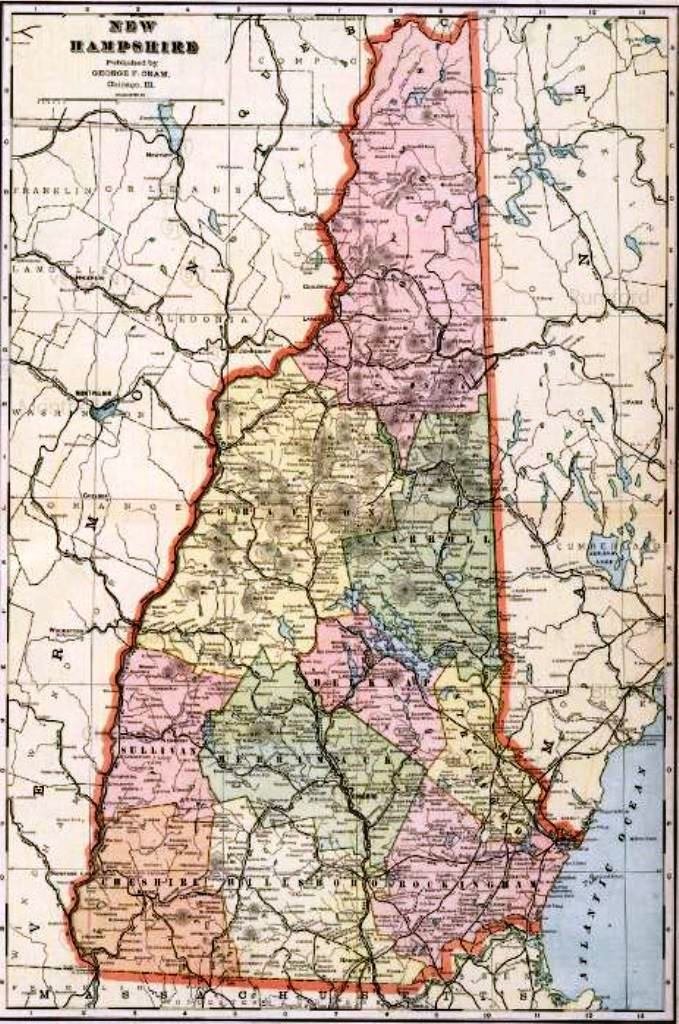 New Hampshire – Is it the Freest State in the Union?

New Hampshire, the ‘Live Free or Die’ state, is embedded in middle of the New England region of the northeastern United States of America. Politically, NH generally gets lumped in with the rest of New England, but I suggest that it probably should not. It’s a bit different. It has hope.

As a starter, New Hampshire invariably ranks high on the Mercatus Center State Freedom Rankings reports (see below), and with the libertarians moving in (The Free State Project (FSP)), the state has a pretty good chance of upsetting the progressive/socialist/centrist apple cart, although I have to admit the progressive Massholes that have also moved to NH for decades are reluctant to let go of their control. But, hey, political conflict is good. Right? Economist Walter Block publicly expressed his support for the FSP and is quoted as saying. “You people are doing the Lord’s work. The FSP is one of the freshest practical ideas for promoting liberty that has come out of the libertarian movement in the past few decades. May you succeed beyond your wildest dreams, and thus demonstrate in yet another empirical way the benefits and blessings of liberty.”

New Hampshire, as a state, is governed by its constitution of 1783 (yes, it goes that far back). The constitution is composed of two parts, a ‘Bill of Rights’ and a longer ‘Form of Government.’ Unlike the United States Constitution, amendments to the New Hampshire Constitution are not set out afterward but actually edit the text. It is one of the few state constitutions that acknowledges the right of revolution. What a concept!

In New Hampshire, political power is not concentrated in the hands of a few, but is dispersed among the people. There is one Representative for about every 3,300 residents for a total of 400 representatives in a state with a population of 1.3 million. In order for the U.S. Congress to have equivalent representation, there would need to be approximately 99,000 Representatives in the House. Think about that. New Hampshire’s 234 local governments and 25 unincorporated areas are organized into ten counties.

As far as trying to run the country, people in New Hampshire generally mind their own business and the business of their communities. The cost of living there is moderate to high because there is no state sales tax or state income tax, so real estate taxes and income from the state liquor stores and race tracks pay for a large part of the state government. If 100 is the average cost of living in the United States, I suspect that New Hampshire comes in at about 120. This is the only disadvantage I see, aside from the sometimes brutally cold winters. In FY 2010, the state and local tax burden was 8.0 percent of personal income, seventh lowest in the country,

Incarceration and drug arrests are low, gambling is well regulated, and the roads are good. Seat belts for adults, motorcycle helmets for adults, and auto insurance are voluntary. Civil unions are recognized. Concord, NH, the state capital, has a population of 42,000 and has racked up three murders in the last decade. The purchase of a Bearcat by the Concord Police in 2013, and the police chief’s statement “Groups such as the Sovereign Citizens, Free Staters and Occupy New Hampshire are active and present daily challenges…” has not been a well received message, and response from the public has been overwhelmingly negative.